ZomBcon is one of the biggest zombie events of the year.  Taking place in Seattle, the Z-Con will be overrun by the undead at the Sea-Tac Hilton from October 21-23.  Big names in the zombie world will be there, including authors from zombie lit kingpin, Permuted Press.


Peter Clines, author of the Permuted Press 'superhero v. zombie' hit, "Ex-Heroes" and soon "Ex -Patriots" will be there with others.  ZombieBloodFights.com talked with Peter about the upcoming zombie themed mayhem. 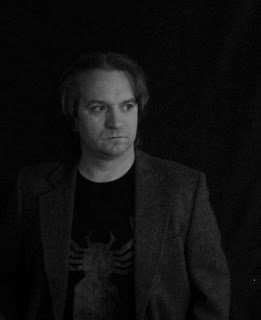 Hey, Peter.  Is this your first trip to Seattle to ZomBcon?
===It is, and I'm a little freaked out.  I've gone to tons of conventions (longtime SDCC veteran), and even worked a few, but I've never been one of the people sitting at the table and saying "hi" to folks.  I'm still not sure if it's going to be exciting or intimidating.  Guess I'll find out...


What do you look forward to seeing or participating in at the convention?
===I look forward to putting faces and voices to a lot of folks I only know through messageboards.  Also, my college roommate--who now writes for Zombie Zone News--is going to be there and we haven't been on the same coast in about ten years now.  So it'll be fantastic to see all those folks.  I know there's a Permuted Panel, but I have no idea what it's going to involve, so I'll probably be very unprepared for that.  Past all that, I've always preferred to wing it at conventions rather than plan around certain events or shows.  I look forward to wandering around and seeing what ZomBCon's got.
What book will you be featuring at the Permuted Press booth? 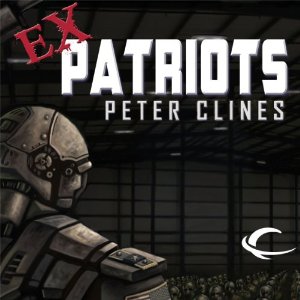 ===Mostly Ex-Patriots, the sequel to Ex-Heroes.  The audiobook version came out over the summer from Audible.com and the paperback just came out last month, so it's still the new, shiny thing.  But I'll still have some copies of Ex-Heroes and even a few of my mash-up, The Eerie Adventures of the Lycanthrope Robinson Crusoe.  And I've also got a spare copy ofThe World is Dead anthology, and anybody who stops by the Permuted Press booth will get a chance to win it in a game of chance involving a cigarette lighter and a cutting board.  It'll be fun!


You put together a bug-out bag for the Z-poc.  What do you put in there?
===The basics.  First aid kit, flashlight, some vitamins, a few jars of peanut butter.  I live in Los Angeles, so it's not that different from my earthquake kit.  Also a few daggers and a stun gun for other survivors who need to calm down a bit.  No, wait.  This is the earthquake kit.  All the pure Zombocalypse stuff I have doesn't fit in the bag...
Zombies, Fights, or Blood?
===I'm going to have to go with the fights.  Tyler Durden said so.
Where can Olivia Wilde and other attendees at ZomBcon find more information about your written works.
===I shamefully admit to Olivia and the rest that I'm not as internet savvy as I should be.  I used to write for a magazine, though, and still do some pieces for a pretty big entertainment site, so I'm ridiculously easy to find.   I've got a fan page on Facebook that I check on once or twice a day and say "hi" to folks and such.  Past that the best bet is the Amazon author page, which has a 100% accurate biography on it.


Tickets and event info can be purchased and found at http://www.zombcon.com/.

Get your tickets today!

Permuted Press author Bowie Ibarra joins ZomBcon for yet another great event.  Read his interview before the event here.
http://zombiebloodfights.blogspot.com/2011/10/zombies-permuted-press-author-bowie-v.html

Jude Felton loves his horror and is happy to tell you about it.  Read his interview here:
http://zombiebloodfights.blogspot.com/2011/11/blood-jude-felton-rises-from-lair-of.html

People are still having sex... even in the Zpoc.  ZombieBloodFights.com talks "The Walking Dead" ep. 4,
"Cherokee Rose"
http://zombiebloodfights.blogspot.com/2011/11/zombies-recap-walking-dead-cherokee.html
Posted by Bowie Ibarra at 4:44 PM