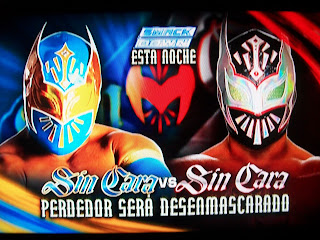 Well, sometimes, pro-wrestling fans get what they want.

WWE traveled to Mexico City, Mexico, and featured a matchup that has been months in the making.  Sin Cara I was doing amazing until the arrival of Sin Cara II.

You can recap the origins of the rivalry here:
http://zombiebloodfights.blogspot.com/2011/09/fights-tale-of-two-sin-caras.html

Brief recap of lucha libre and its association with WWE.

The announcers were on point, saying that the masks of Mexican luchadores is a tradition as old as the  country itself.  It relates back to the transformative element of the mask, changing the regular man into a masked warrior with the powers of the totem spirits represented by the mask.  They, thereby, gain their power by their masks.

When luchadores began using masks in the 1930's, the cultural connection to the masks really resonated with the people of Mexico.  And the legends of lucha libre took to the ring.

The mask is so important in Mexico that such legendary luchadores such as El Santo and Blue Demon were buried in their masks.  That's how series this tradition is, and I was pleased that WWE took the time to share that with the viewing audience.

Also, Mil Mascaras, 2012 WWE Hall of Fame inductee, is the first Mexican luchador to wrestle in Madison Square Garden. But it almost didn't happen.  The New York State Athletic Commission almost stopped the match from happening, as a competitor wearing a mask is against the rules.  But Vince, Sr., made it happen, and Mil Mascaras vs. Billy Graham was in the history books. 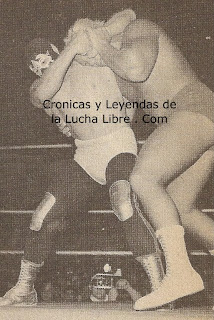 But back to this historic first of its kind matchup on Smackdown!

When Sin Cara II turned up in a black outfit exactly like Sin Cara I, the battle lines were drawn.  Sin Cara Azul would begin a rivalry that would end at this match with Sin Cara Negro. 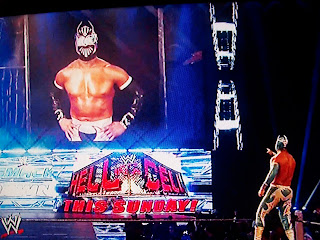 The two battled it out at Hell in A Cell '11, with Sin Cara Azul coming up with the victory.  But it only stoked the fire of Sin Cara Negro. 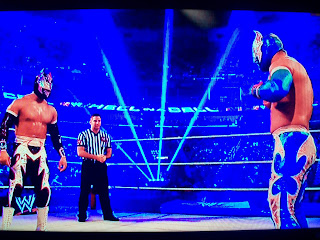 I swear, I got chills when the WWE announcer brought up the most historic nod to Mexican lucha libre, saying, "The following contest is a Mask vs. Mask match."  And it began. 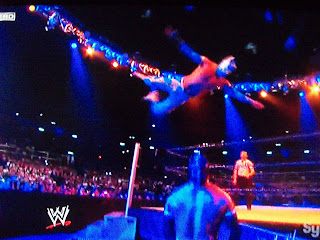 Naturally, Sin Cara Azul started the assault with a high-flying lucha libre attack.  He hit one of his signature planchas, the most beautiful aerial assault this side of the Mexican border.  They are beautiful and distinctively Mexican.

Long story short, Azul gets shut down by Sin Cara Negro, who grounds out Azul with a brutal ground attack.  There was a great moment as well as Negro is stretching Azul on the ground where the ref is checking to make sure the shoulders are on the mat, just like his lucha counterparts.

In the end, Azul finally gets some momentum and hits his spectacular and classic finish, La Mistica. 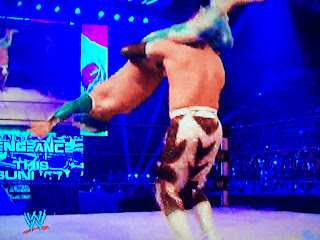 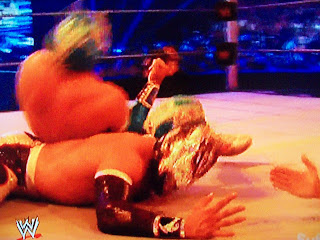 Here's a video of the finish. 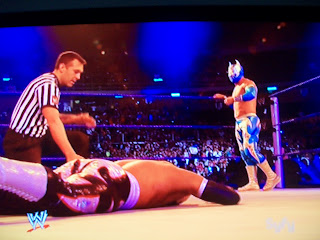 Though Negro tried to fight Azul, he got caught in the ropes, and Azul took what was his! 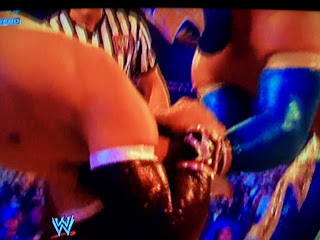 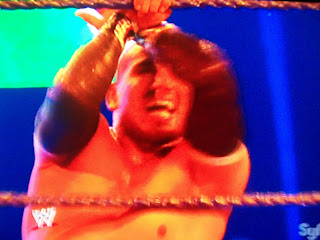 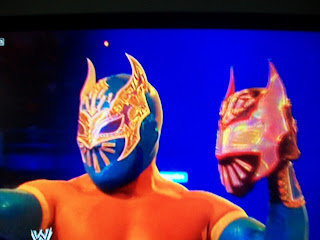 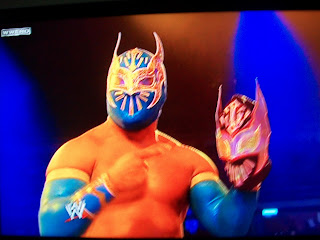 This was the best match Sin Cara Azul has had.  To be honest, I thought Sin Cara Negro looked better.  But everyone knows Sin Cara Azul is where the money is.  And the way true lucha fans like the fans in Mexico responded to the match, that's where the tradition should stay.

I am a little upset that Sin Cara Negro's name, birthplace, and birthday were not revealed.  But that's alright.  It's a great start.  Unlike the turds like Bischoff, Hogan, and Nash that ran WCW into the ground, WWE just took a big first step in honoring the lucha-style wrestling tradition of Mexico.  For that, I am thankful.

In fact, if they travel to Mexico, there needs to be a 'Lucha de Apuesta' each time they go to Mexico.  The 'Hair vs. Hair' match has just as much tradition as the Mask vs. Mask.  They can even do Hair vs. Mask, or Title vs. Hair/Mask.

At any rate, for once in a long time, thank you, WWE.

Now please get rid of that turd Kevin Nash.

BOWIE IBARRA is the author of the "Down the Road" zombie horror series.  His MMA-themed book, "Pit Fighters: Baptism by Fire", is a story of a stable of fighters from the early days of mainstream MMA.  It is available in paperback and Kindle.

You can also network with Bowie at his website, ZombieBloodFights.com.

Kevin Nash is a cancer on pro-wrestling and must be dismissed today!
http://zombiebloodfights.blogspot.com/2011/09/fights-case-against-kevin-nash-in-wwe.html