Dedicated to every flat track derby announcer in the world, and the three fans who actually listen to us (not including my mom <who, in reality, has never been to a single bout I‘ve called [Thanks a lot, mom]>).

My name is Bowie V. Ibarra.  I was an agent with the CIA for ten years.  This is my story….

OK.  Not really.  My name is Bowie V. Ibarra.  I feed the homeless and work as a diplomat to for the United nations.  This is my story…

My name is Bowie V. Ibarra.  I was the first ever flat-track derby color commentator who eventually came to be the most misunderstood and reviled man in the Texas Rollergirls organization.  My downfall coincided with some of the worst times my life would ever see….

This is my story….

“When thou shalt be dispos’d to set me light
And place my merit in the eye of scorn,
Upon thy side against myself will fight
And prove thee virtuous, though thou are for-
sworn….”

“Since the Dawn of time, man has always wondered which roller derby team is the most bad ass….”

And so began the first ever flat track derby championship bout.  Tonight, the Hustlers were taking on the Hot Rod Honeys in what was to be a historic bout.  Being recorded on video to be set to DVD, the bout would potentially be seen around the nation and, perhaps ultimately, the globe.
Les “MotorMouth” McGehee was in fine form, as always.  I had known Les for close to five years when I was performing improvisational comedy with ComedySportz in San Antonio.  He played for the Austin team, a team I always envied and admired for their comedic grace and intelligence.
I had only called two games before this outstanding finale, and I already had favorites.  Dinah Mite was an amazing physical specimen and outstanding player at all positions.  Vendetta von Dutch was a spunky blocker with a penchant for the dramatic.  And my absolute favorite, White Lightnin’:  a rough and ready all-around player that had no problem taking out opponents while jamming.
The sport was extremely appealing to me as it was a chance for me to do what I believe is every man’s secret dream.  No, not sit around drinking beer watching some of the sexiest women in Austin skate around a track and smash into each other on a rink that was open to the public just a few hours before.  Gawking spectators, who were rattled and confused at the sporting aspect of the spectacle, cheered and had a good time supporting their favorite team.  Their mouths kept nice and moist with Lone Star tall boys.
But my secret dream to announce, to be the official voice of a sporting event, had reached a new high.  One of what I hoped would be many, a sweet milestone.  With Whiskey L’Amour and “Motormouth” McGehee, we were voices that would become familiar with the new fans joining us on the first Sunday of every month.  No one had seen this sport in years, much less this new sport sans the antiquated ramp, so the job was monumental.
But, man, was it fun!
I was still trying to figure out the names of the positions.  Jammers were in the jam?  The pivots scored points?  Blockers were jamming?  I had never paid too much attention to Derby, even in my youth.  My most distant memories of it was a woman clad in a brown business suit commanding her minions from the middle of a banked track.  For some reason that my young mind cannot remember, the announcers were emphasizing her role, getting her over for a for a reason I did not care about at the time or probably didn’t understand, kind of like a dog watching American style football.  It knows there’s something important going on, but can’t quite comprehend what or why.
But that was in the distant past.  I was not only a part of this historic event, but about to make history in my own personal life.  I was soon to be married, with the wedding, itself, just around the corner.
I was also two years away from turning 30 and was given a peculiar prediction by a close friend and former public access TV figure named Chris Athanas.  He told me once that at the age of 30, the stars of the zodiac cause a monumental change in your life, something to do with one of the planets reaching the end of its 30-year journey around the sun, marked on the day I was born.  It was a reshuffle, the universe preparing for another 30-year trip.  This ending and beginning signaled a radical shift in every aspect of a human’s life. 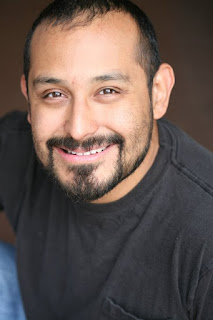 As the whistle blew to begin the first jam of the first ever flat track roller derby championship bout, I somehow knew things would never be the same.


In fact, it would change my life forever.

Posted by Bowie Ibarra at 5:46 PM No comments: