Zombies eat people.  We all know that.
And people will (probably?) be eaten (in effigy) at ZomBcon, this weekend in Seattle at the Sea-Tac Hilton.  It will be the site of the nations biggest zombie jamboree.
Permuted Press will be bringing many noted authors in their stable to the event.  One such is an author of several lauded zombie tales, including "Tooth and Nail".  Not since JL Bourne's 'Day by Day Armageddon' has there been a more authentic voice of military v. zombie mayhem.
ZombieBloodFights.com talked with Craig before his upcoming trip to the Z-Con. 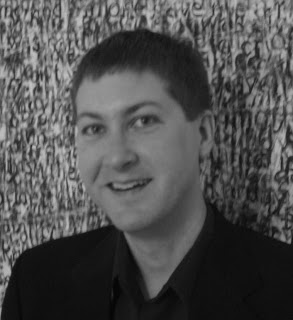 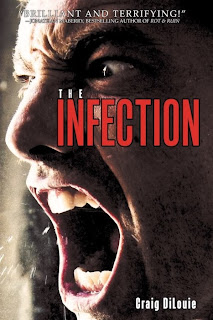 I will be selling signed copies of both of my zombie books, Tooth and Nail and Permuted Press's The Infection. The sequel to The Infection, titled The Killing Floor, has been submitted to Permuted but won't be out until early 2012.
Who is one person you would bring with you into the zombie apocalypse?
I believe there are two types of zombie genre fans. There are those who look at the apocalypse with something like longing, and project their desires onto it. For them, it's about wish fulfillment. Then there are those who look at the apocalypse with horror, and project their fears onto it. For them, it's about their fears of losing everything they love. When I was young and single, I was in the first camp. Now that I'm staring down my mortality in middle age and have a wife and children, I'm firmly in the second camp, and those themes figure strongly in my fiction. In my  books, the apocalypse is an incredibly violent, horrific, sad place--much  like AMC's The Walking Dead. So my answer to your question is: my family. If my kids didn't make it, I'm not sure I could.
What is the worst place to be when the z-poc hits?
My old apartment in Manhattan. It's an island, there are millions of people there living close together, and everybody is half-crazed to begin with. It would quickly become a toxic war zone (probably quarantined, with demolition of the bridges and tunnels), with little hope of escape. That being said, pretty much anywhere is going to suck.
Zombies, Fights, or Blood?
Fights, always--people fighting zombies, fighting their own fears, fighting the collapse of civilization, fighting each other.
Where can attendees at ZomBcon find more information about your written works.
The best thing they can do is visit http://www.craigdilouie.com/.
===============
zomBcon is this weekend.  Get your tickets today to see all the heavy hitters in the zombie genre today!
Posted by Bowie Ibarra at 5:02 PM