As many pro-wrestling fans in south Texas know, Ring of Honor is making its way to San Antonio, Texas for a big show.  Its the first time Ring of Honor will be in the Alamo city, which is what makes the potential for great matchups unique.

If Ring of Honor is coming to the SATX, the city is the territory of one of the greatest tag teams to fight out of the Lone Star State:  The Kingz of the Underground. 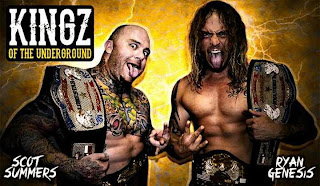 This potential match has been brewing for a while.  Last year, 'Showtime' Scot Summers issued challenge after challenge to Jay Briscoe via his Twitter account,(@KOTUSCOT) in an effort to have a one on one match against him at Anarchy Championship Wrestling in Austin, Texas.  They were met with ridicule from Briscoe (@jaybriscoe84), who tweeted back, 'Man, who the fuck is this?'

For the world's information, the Texas indy wrestling revival that the state is currently experiencing is due in big part to Scot.  For many years, he not only bolstered various wrestling promotions by being on the card and delivering time after time, but has been there to mentor some of the names that are making a splash across the country, including rising national star ACH (who was a member of the DGAF Army with Summers and Masada).  Scot has also been under the wing of Jerry Lynn, who became Scot's mentor and guide in pro-wrestling.  Scot can mix it up with science on the mat, or go hardcore and sacrifice his body for the winner's purse at the pay window.

Teaming with the amazing wrestling talent and athlete 'The Ace' Ryan Genesis has only helped bring Scot to the next level.  Working together, the guys ran roughshod through Houston, Dallas, Temple, Austin, and San Antonio, and other parts of the state.  They even beat the 'Dark City Fight Club' for the NWA World Tag Titles.  And the moment they won the titles, they called out the big dogs of NJPW, The Killer Elite Squad (Lance Hoyt and DH Smith).  That match will be going down in April.

But you can't take anything away from the Briscoes.  These crazy hillbillies from Sandy Fork, Delaware have matching skills on the mat, are total war brawlers, and can go hardcore if need be.  Like the KotU, they have a lot of respect for tradition.  The 'Terry Funk ain't wear no mouthpiece' promo puts on display not only the roughnecks in their natural environment, but the respectful attitude they have towards the tradition and spirit of pro-wrestling.

But I think the key reason this matchup will be one of the greatest matchups in Ring of Honor history, perhaps even up to this point in the current revival in Texas, is evident at 1:50 of the video.  When Jay says, "Does it look like stable thoughts go through my mind?  Do I look like a rational thinker to you?"

Look into this dude's eyes and ask that same question? 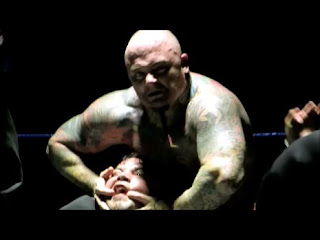 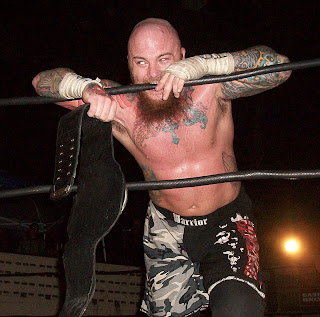 Ring of Honor, make this match happen.  Styles make for good matchups, and the brutal style of both these teams would prove to be an awesome collision.  You will not be disappointed.  You will see why Texas is one of the new hotbeds for wrestling, and one of the guys who helped make it happen.
=================
BOWIE V. IBARRA is the author of the 'Down the Road' zombie horror series from Permuted Press and Simon and Schuester.  His combat sports themed book, PIT FIGHTERS: BAPTISM BY FIRE, features a luchador from Mexico who transitions to mixed martial arts competition.  It is available in paperback and on Kindle for .99 cents.