ZOMBIES - "We're Alive" Fan Fiction - Chapter 8: Then the Rest of the World Ends

8.  THEN THE REST OF THE WORLD ENDS 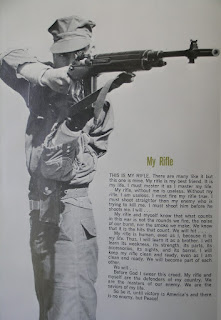 “Locked and Loaded,” he whispered, recognizing the buildings in the video image.  “My store.”
Her store, he thought.
The anger he had repressed by ignoring the news, the rage he felt for the city and the people causing the unrest suddenly returned to the forefront of his mind.  He was getting an idea why things got so rowdy, but that was no excuse for looting.  In fact, considering the bizarre phenomena occurring across the city, it was now even more dangerous than your average LA riot.
It was the last thing he wanted to do.  His plan was to stay in the house, ride out the storm.  He did not want to go out into the stupidity of the city.  But now, Burt knew one thing for sure, apocalypse or no apocalypse, he now had a mission.
“There’s no way in hell you stupid bastards are taking Shirley’s store,” he growled.
Burt was not taking this shit lying down.  He hoped what waited for him on the burning streets of Los Angeles county did not feature what ‘Road Warrior’ had illustrated.  Rapes.  Fights.  Death.  But considering what his uncle had just told him, he didn’t hold out hope for any kind of decency in the middle of a riot.
With meaning, he rose from his chair.  He passed by the kitchen.  The meat thawing in the sink would have to be ignored.
No time, he thought to himself.  He grabbed a handful of crackers and dashed to the weapon room.
Burt put on a military jacket immediately, putting the remaining bag of crackers into his jacket.  The jacket was a heavy-duty coat that was hanging by the door for just such an occasion.  He knew exactly what else to grab in his armory.
M-16 with a sling, fully loaded.
Two more fully-loaded magazines for the M-16 were placed in the jacket pocket, with two additional magazines prepared for his other loaded and lethal weapons: two .45 Colts.  One was set on either side in a holster on his hips.
Burt knew he didn’t want to have to expend the ammo until he absolutely needed to.  So he reached for his KA-BAR, a knife from his Marine Corps days.  Etched into the cold steel were the initials, ‘USMC’.
“Uncle Sam’s Misguided Children,” he whispered.
Burt’s heart was ready.  His soul was burning, a ball of spiritual fire ready to fight for the memory of his wife and the store.
Her store.
Only a few minutes before, he was going to avoid the chaos outside his door like the plague it seemed to be.  Now, he couldn’t wait to get out into it and jump into the fray.
As Burt looked at his trembling hand holding the KA-BAR, he took a moment to consider the danger.  Could his body commit to combat in the world of the bizarre cannibalistic rising dead?  He was hungry, but would the crackers he ate throughout the day provide enough energy to make a run for the store?
Burt took a deep breath.  Then, he took a knee by the table where bullets were refilled.  He placed his arm against the edge of the table.  Still holding the KA-BAR firmly in hand, he closed his eyes and placed his head against his arm.  He slung his M-16 across his shoulder.
Burt then began to whisper the only prayer he ever knew.
“This is my rifle.  There are many like it, but this one is mine.  It is my life.  I must master it as I must master my life.”
Burt thought about his past.  His cousins.  School.
“Without me, my rifle is useless.  Without my rifle, I am useless.”
Why do you even show up to school, Scott.  You’re useless¸ he could hear Principal Baines say.
“I must fire my rifle true.  I must shoot straighter than the enemy who is trying to kill me.  I must shoot him before he shoots me.  I will.”
I will.
“My rifle and I know that what counts in war is not the rounds we fire, the noise of our bursts, or the smoke we make.  We know it is the hits that count.  We will hit.”
Memories of the Viet Cong attack flew through his head.
“My rifle is human, even as I am human, because it is my life…”
Burt could feel his adrenaline rise.  In spite of his hunger and shaking hands, he was going to make a hard and true push to secure ‘Locked and Loaded’ if it was the last thing he ever did.
“Before God I swear this creed.  My rifle and I are the defenders of my country.  We are the masters of our enemy.  We are the saviors of my life.


“So be it, until victory is America’s and there is no enemy.”

For the full scoop on the story, join the official ZBFbooks.com Facebook group HERE.
Posted by Bowie Ibarra at 2:55 PM