Years pass.
Burt and Shirley grow in love together, working through lows and riding highs.
Burt and Shirley prosper with their gun store, ‘Locked and Loaded’.
Burt and Shirley hold each other tight on the couch every night.  All they want, all they know that will happen to them, is to grow old together.
That’s all they can see when they think of their future together.
Shirley lets her bottled black hair show hints of gray.
Burt’s beard completely transitions to white.
They drink together.  They drink a lot together.  Together.
Their love is at its peak.  Their commitment will never die.
And as the years pass, adding to their perfect love and sweet financial prosperity, all they still know, all they still can see, is that they will grow old together.
It’s all they can see.
What they can’t see is the vile harbinger of doom growing rapidly inside Shirley’s body.  They can’t see it.  So they live.  They laugh.  They love.
It was supposed to be a yearly checkup like previous checkups.  Shirley was supposed to go in, get a clear bill of health like always, and go on.  It was not supposed to end like this.
The doctor found the malady.  After checking and double-checking, it was cancer.
The doctor told Shirley and watched her smile fade.
The doctor patted Shirley on the back as she shed cruel tears.
This was not how the day was supposed to go.

“I don’t know if I can do this anymore, Mike.”
“What do you mean?”
“I guess I mean I really don’t have to do this anymore.”
Shirley was talking to Deputy Mike Guerra over her cell phone as they drove in their individual patrol cars to a call.
“You have to stay in one more year to get your full retirement benefits, Shirley.  You can’t get out now.”
I don’t have a year, she thought.
“The shop is doing really good.  Burt’s kept the city off our ass by giving to city charities in the name of the shop.  I just… I don’t have to put myself on the line anymore.”
“You’re good at what you do, Shirley.  We need you.  The county needs you.”
“But I don’t need them anymore, Mike.  I don’t.”
“What about me?  Won’t you miss me?  I’ll miss you.”
“Stop it, Mike.”
“You know I’ve always been sweet on you, Shirley.”
Shirley blushed.  “You need to stop it, Mike.  You’re my friend.”
“What about that night in Long Beach?”
“Mike, that was over ten years ago, when I was still with Greg.”
“What was that?”
“An escape with a friend, Mike.  Now stop it.  I’m with Burt now.  He’s my husband.”
There was a moment of awkward silence before Mike spoke again.
“I have to say I’m jealous.  But I admit, Burt’s the best guy I’ve known you to date.”
“And marry, Mike.  We’re married.”  She paused.  “And so are you.  You know, Mrs. Guerra back home?  Your family?”
Shirley could hear Mike huff in frustration on the other end of the line.
“You’re right, Shirley.”
“I’m your friend, Mike,” she said.  “Please, be mine.”
The conversation cooled off as they pulled into the scene at Washington and La Brea, just west of downtown Los Angeles north of Santa Monica freeway.  They parked their cars in the parking lot near a taco stand where the disturbance was reported.  As the law enforcement team pulled up, a small group of Mexican nationals scattered as inconspicuously as they could.  Shirley and Mike walked together as a team to the taco stand.
“I hate this shit,” said Mike.
“What?” asked Shirley.
“My Spanish is shit,” he said.
“I got it,” said Shirley.
The music from a Spanish radio station played loudly over an old soundsystem.  Accordions and percussion could be heard over lively lyrics.  A billboard featuring every item that could be ordered was placed over the front desk.  It was all clearly painted by hand.  A spot of graffiti lined the front of the taco stand.
“You better get this,” said Mike.
An old lady approached them as they arrived.  She was visibly upset.
“Gracias a Dios,” the old lady said, relieved.
“Buenos noches, senora,” said Shirley, greeting her.  “Usted es Octavia Jimenez?”
“Si.”
“Que paso, senora?”
Tears of relief were wiped from her eyes as she described what happened.
“Seis jovenes se peliaron con mi hijo.  Y se fuen aya,” she said, pointing to a nearby alley where the boys she claimed assaulted her son ran off to.
Shirley and Mike turned to where she indicated the perpetrators had run.
“What did she say?” asked Mike.
“Some kids beat up her son and ran to that alley.”
“What’s the next move?”
Shirley groaned, considering her choices.  It would be dangerous to follow the kids into the alley.  It was just the kind of thing she was complaining about earlier, the kind of thing she didn’t want to risk anymore.  But she wanted to help the old lady.
“Let’s check out the alley before we ask her son some questions,” said Shirley.  “They might still be there.”
Turning back to the old lady, Shirley said, “Vamos a ver, senora.  Regresamos in un momentito.” 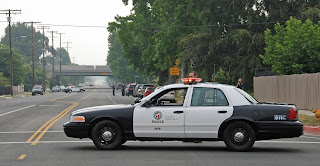 For the full scoop on the story, join the official ZBFbooks.com Facebook group HERE.
Posted by Bowie Ibarra at 6:02 PM