7E.  “…far beneath the bitter snow/lies the seed…”

A day after she retired, Shirley told Burt like she promised herself she would a week before.  She made the promise to tell him the day she returned from work after the shooting.  Burt knew the reason she retired went deeper than just the incident at Washington and La Brea.  He had not seen the kind of pain that laced her face since the day her ex-boyfriend had insulted her publicly at the shooting competition.
Burt wanted to know, but he respected her word.
In the meantime, he showered her with love, alcohol, flowers, chocolates, alcohol, special baths, foot rubs, more alcohol.  Anything he could provide to her as a loving husband, he did.
And with every sweet gesture, a series of bitter tears fell from her eyes.

Some people say bad news comes in threes.  Shirley and Burt could agree to that old saying if asked.
The second bit of bad news was that the boy’s family was suing the county for the boy’s death.  Though the county had their defenders, they advised Shirley to get one of her own.  Mike as well.
Burt and Shirley were not going to lose their business to finance the legal battle, so they sold their house and moved into an apartment in Montebello near the store.
Then the third bit of bad news arrived.
After prompting by Shirley, Burt went for a check up.
Burt found out he was pre-diabetic.  It wasn’t as serious as Shirley’s health issue, but it needed to be addressed.  They were thankful to discover it, but it was not what they wanted to hear at all.
The good news was if he ate well and worked out, he wouldn’t have to be put on meds.
Burt considered the facts.

Shirley needed treatment.  She needed preparation, and did just that, both emotionally and spiritually.
Then, chemotherapy.
Then, more chemotherapy.
Then, even more chemotherapy.
Before long, all Shirley could do was sit in a chair and watch TV.  Burt was having to help her with many of her most basic needs.  But it didn’t matter to him.  He loved her.  He would take care of her for as long as he needed to.
One night, after a particularly rough session of chemotherapy, Burt lay beside Shirley in bed.  Her face had sunken, looking almost skeletal.  Her beauty was gone.  Even the sparkle of her eyes had faded.  He knew he would soon have to say goodbye, even though he didn’t want to.  Shirley was living.  But at the same time, she was already dead.
“You don’t have to lay here with me tonight, Burt,” she said.  Every word was an effort.  “It’s only six.  I know you can still do things if you want to.”
“This is where I want to be,” he replied, sweetly.
Shirley smiled.  “Sweet ‘Satchmo’.”
“You’re not going to suffer alone, beautiful,” said Burt.  “I’m going to go get a bag of Ho-Ho’s, Twinkies, powdered doughnuts, just a bag of sugar and go into a diabetic coma with you.”
Shirley laughed.  It was a sad laugh, revealing the depth of destruction the chemo had taken on her body and soul.  Even the joyful effort of laughing was too much for her, the same laugh that now danced in Burt’s dreams.  Her mouth opened, her lips curled up, and a slight sound resembling a laugh emanated like a muffled cry.  Her stomach rose up and down as if trying to laugh, to push enough air to make it happen.  But it was nothing more than just a remnant of her faltering humanity, a clock whose gears were still turning, but whose hands were broken, losing complete track of time.
“Don’t be a dumbass, Burt,” she said.  “No.  You’re going to live.”
“I don’t want to… live without you.”
Shirley smiled.  Her heart leapt, rattling what was left of her soul with love.  She would have cried, but she was out of tears.
“But you’re going to anyway, Burt.  You are.” Her skeletal hand reached for his.  He took it in his healthy hand.  The once strong hand of Shirley’s felt dead in his.
“I’ll be dead without you anyway, Shirley.  I’ll have nothing.  I’ll be a dead man walking in the world of the living.”
“Burt, you’re being melodramatic.  Now stop… stop it.”
Burt was stressing her out.  He could tell.  He needed to calm her down, help her relax.
Her eye finally found a tear and let it fall down her cheek.  Burt wiped it away.
“Shirley, I promise I will live my life when you leave.  I’ll take care of our store.”
“My store,” she said, smiling.  “You better, old man.  You need to live today, now.  We’re alive, Burt.  We’re alive.  All we have is now.”
“We are,” said Burt.  “We’re alive.”
“You know what I want right now?” said Shirley.
“L’Amour Whiskey and Pepsi?” 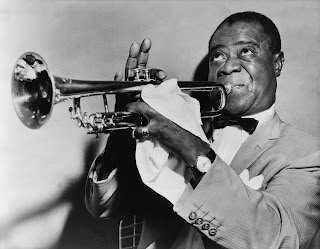 Shirley smiled.  “No, you old fool.  You remember the first time we met?”
“At the gun shop,” said Burt with a smile.  He never forgot that day.
“And I said you sounded like Louie Armstrong.”
“I sound like The Humungous,” he replied.  His eyes were watering as he recalled the day.
“I want you to sing ‘What a Wonderful World’ to me.”
“I don’t know all the words,” he said.
“I’ll sing it with you,” she said, smiling.
Burt sighed.  There was no way he could stop his tears from falling into his beard.  They raced down his cheek into his whiskers.
Before he could wipe them away, Shirley said, “ No!”
With effort, she lifted her skeletal hand to his cheeks.  With the slow grace of an angel, she wiped them both away.
Now,” said Shirley.  “Stop being a pussy and sing with me.”
Burt chuckled through his tears.  “Okay,” he said.
Clearing his voice, he held up a hand.  He looked into Shirley’s eyes.  Neither of them had to say a word in that sacred moment.  Their eyes said those three words humans long to hear, sending the sentiment straight to their souls.
And with a nod, Burt dropped his finger, starting the song together.  Both of them could hear the music in their heads.  Their hearts were playing the instruments.  Their souls began to sing.
I see trees of green….

That night, Shirley had a dream.  It was a bad dream.
She woke up crying.
“Shirley,” said Burt, drowsy, but awake.  “Shirley, what’s wrong?” he said with concern.
“Hold me, Burt,” she whimpered.  She slowly raised her skeletal arms into the air, waiting for Burt’s embrace.
Burt gently pulled Shirley into his arms.  He kissed her forehead.
“What’s wrong, Shirley Rae?” he whispered.
“I had a dream I was covered in dirt.  I couldn’t breathe or move.  But I climbed out into the street.  People were walking all around me.  They wouldn’t look at me.  They scared me.  And then I saw you.”
She stopped to wipe a tear away.
“You were holding a rose, and you were walking to me, but we didn’t get any closer.  I called to you, but I had no voice.  You were pulling… pulling away.  But I was, too.  The people crowded around me and I couldn’t see you anymore.”
Shirley began to weep.  “I just wanted to see you again.”
Burt held Shirley in his arms.  His warmth melted her cold.
“I don’t want to go to sleep, Burt,” she whimpered.  “Please.  I don’t want to go to sleep.”
A week later, Shirley Rae Scott died.


They played ‘What a Wonderful World’ at her burial.

For the full scoop on the story, join the official ZBFbooks.com Facebook group HERE.
Posted by Bowie Ibarra at 6:08 PM