As Burt ran deeper into the madness, things were getting much, much rowdier.  He had never seen so many fistfights in his life.  It was as if the city itself was the source of the problem.  The fiery cars and frightened people were the manifestation of the metaphorical spell cast on the city, sending everyone and everything into complete and total pandemonium.
Not since the boy he had knocked out with his big fists and the thugs demanding his weapons had anyone challenged him.  In spite of his sputtering energy, his knife, firearms, and size found people actually moving away from him.  It was pretty obvious to the people around him that it would not be worth messing around with him for anything.  The juice would not be worth the squeeze.
That kind of social power, even in the midst of the chaos, put him in a different position.  Though he walked around as a kind of brute capable of swift and brutal offense, he also had the capacity to defend.  But he was not about to grant that power for any grown adults who were more than capable of defending themselves.
The problem was seeing children put in this chaotic situation.
Burt watched a trio of older teens brutalizing a kid who couldn’t have been more than ten years old.  He already passed up a lot of bad situations, but he couldn’t pass this up.
Burt dashed to the group.  He wound back his fist and smashed the nearest one square in the mouth, knocking the boy against a nearby wall and out cold.  Burt slashed toward the next closest adversary with his knife, cutting the boys arm.  He could have easily killed the kid, but that was not his goal.  He had the power, self-control, and was magnanimous enough to give the kids a choice.  He had to set examples first.
“Fuck!” shouted the third boy, turning and running.  The cut boy was too shocked to say anything.  He just cried out, clasping a hand over the wound and took off.  The boy who was KO’d lay face first on the pavement.  A small patch of blood was forming on the pavement near his nose.
“Get up, son,” said Burt to the young boy, offering a hand that was gladly accepted.  The boy was weeping.  He was doing his best not to completely break down.
Burt looked around, anxious.  He needed to get to the store.  But he’d committed to helping the boy now, so he had to finish the job and hope there were no more complications.  He was running out of energy and needed to rest.  The added stress wasn’t helping.
“What’s your name, son?” groaned Burt.
Through whimpers, the boy said, “Ronnie.”
“Where are your parents, Ronnie?”
“In that apartment complex,” he said, pointing to a building just down the street.
As he pointed, he couldn’t help but notice blood pouring out of a wound on his arm.  It was a bite.
“C’mere, son,” said Burt, pulling him close to him and away from the madness.  Burt reached down and ripped a piece of t-shirt off of the poleaxed thug.  He had nothing to clean the wound with, so he just wrapped the wound with the shirt.
“Hold my hand, Ronnie.  And don’t let go,” said Burt.  The duo started running to the apartment complex.
A pawn shop was being looted.  Burt couldn’t help but imagine (know!?) his own store, Shirley’s store, was suffering the same fate.  He had to hurry and deliver this kid and get back to his goal.  They weaved through the bevy of thieves running out with televisions, DVD players, even movies.
A large crowd was gathered on the sidewalk.  They all seemed to be looking at something on the sidewalk.
As the duo edged closer to the group, they could hear general chatter.
“That’s disgusting.”
“… killed that mother fucker.”
“What the fuck?”
“Damn.  That’s all messed up.”
“He ate him?”
“Yep.”
Burt could see brief glimpses between the crowd of two bodies lying on the sidewalk.  One was a bloody carcass torn open at the stomach.  Blood entrails had spilled out around the body.
Beside the body was yet another.  This body was dressed in slacks and a dress shirt.  Its head had been smashed to a pulp, unrecognizable as even a human head.  Brain, bone, and blood sat in a puddle by its remains.
“Don’t look, Ronnie,” said Burt, gagging.
Ronnie only needed a glimpse to comply as they passed the people.  The sight charged Ronnie with fear that Burt could feel when the boy grasped his hand even harder.
As they passed the group, a man ran past them.  He was holding his arm.  Blood was seeping from under his hand and fingers.  The man was followed by a group of youths with bats and lead pipes.  They knocked Ronnie out of Burt’s grip, but ran past them. 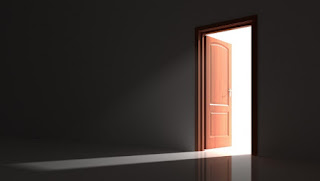 For the full scoop on the story, join the official ZBFbooks.com Facebook group HERE.
Posted by Bowie Ibarra at 3:17 PM