So check this out, friends and readers.

“Perhaps there’s more to Newman than meets the eye?”
“No.  There’s less.” 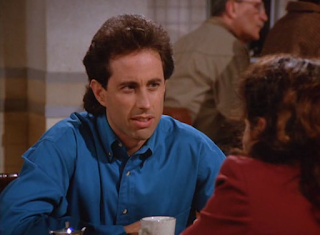 Burt chuckled at the finale of yet another humorous episode of the American situation comedy, Seinfeld.  His laughter melded with the canned studio audience laughter as the credits rolled over a freeze-frame of Elaine making a funny face at Jerry in his living room.  George looked on, bemused, while Kramer was stuck making a wild gesture of surprise.  It made his freeze-framed face and hands blurry under the whimsical closing music.

“I love that show,” mumbled Burt.  His shaking hand reached for the remote control from the cushioned comfort of his recliner.
As he was about to change channels, the afternoon news pre-show teaser appeared on the television screen.  The rapid playing of the final credits led directly to the teaser, doing its job of reeling Burt in with interest.
Legislators are nearing a historic vote on yet another controversial piece of immigration legislation.  Reality TV star Brooke Nash speaks out about her drug rehab experience.  And breaking news from downtown Los Angeles.  You are seeing shocking images of rioting that is now taking place outside a Los Angeles hospital.
The person doing the voice-over remained as professional as possible in spite of the images relayed on the screen from a news helicopter that was circling the unrest.
Burt groaned.

My life fades, my vision dims.  All that remains are memories… 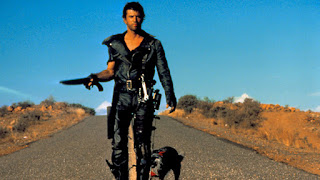 Every time the disembodied Australian voice said those words, Burt sighed and looked to a framed picture on the wall.  Coated in a light blanket of dust was a picture of a woman.  It was clearly an old picture taken in the mid-sixties judging by the fashion statement made by the hairstyles, clothes, and quality of the picture.  It was a high school graduation picture.
“Shirley,” whispered Burt with longing.
… To understand who he was, you have to go back to another time…
Burt always recalled his past with that line.  Faces.  Places.  Events.  The choices he made, both measured and foolish, that brought him here, to this moment; a tired, lonely widower, slowly allowing himself to fade away.
…Men began to feed on men…
The riots in the city returned to his mind as the ghostly images of unrest the movie used to illustrate the collapse of society flashed on the screen.  Their frightening glory was displayed in haunting black and white, fading into each other like a true nightmare.  Abstract.  Racing.  It always reminded him of the Frankenstein and Wolfman movies from his youth.
…He became a shell of a man, a burnt out, desolate man.  A man haunted by the demons of his past…
His youth.  His youth.


…And it was here in this blighted place, he learned to live again…

The next chapter coming soon....

For the full scoop on the story, join the official ZBFbooks.com Facebook group HERE.
Posted by Bowie Ibarra at 9:24 PM