If you've been following this blog, you already know the story.  If you've stumbled on it now, welcome.  Here's the lowdown.

“Bitch, you better get back here!”
“You go to hell, Leo!  You go to hell!”
The shouting from outside his apartment door dragged Burt from his reverie.  It wasn’t the first time neighbors from across the way had yelled it out, sharing their argument with the entire apartment building.  And their words always sounded the same.
The argument was certainly nothing worth getting out of his chair for.  However, his grumbling stomach would be worth getting up for.
He groaned, rising from his chair, listening to the verbal exchange outside as he walked to the kitchen.
“Get back here, Edna.  You’re going to get yourself killed out there.”
“Go to hell.”
“Nice,” whispered Burt, reaching the kitchen.
Get yourself killed? he thought.  Oh, yeah.  The rioters.
Just looking at the kitchen made Burt exhausted.  He didn’t want to cook.  Small snacks had held him for the past two days.  Another few saltines would do the trick.  It wasn’t like he was exerting himself for anything.  He hadn’t done anything like that in a long while. The movie had just started, after all.
A door slammed outside as he plopped down onto the seat again.
The post-apocalyptic marauders of Road Warrior were attacking a small team of survivors who had made a break from their base at the refinery.
Burt threw a cracker into his mouth and started chomping as Max drove from his hiding place to make a move on the people of the refinery.  The Gyro Captain looked on as the survivors were massacred and a female survivor was violated before being murdered.
The scene never set well with Burt.  In fact, scenes like that still brought a tinge of sadness and shame to his heart.  Even a little anger because it reminded him of a trip to the shooting range with his father somehow…

Burt was only ten years old, but his father realized his son had quite a good talent when it came to firearms.
“How many rounds did you shoot, son?”
“Ten.”
His father looked through a set of binoculars.  “All in the black,” he said, grunting with a smile.  “How many times is that now?”
“Four, dad,” said Burt with a sense of pride.  They had started going to the shooting range after the Thanksgiving event two years earlier. 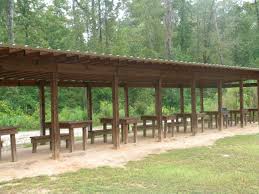 His father took a long swig of Olympia before crushing it in his hand and throwing it on the ground.
“Let’s go for double that,’ said his dad.  “I want to see if you can get four more in a row all in the black.”
“Still at fifty yards?”
“Fifty yards,” said his dad, handing him another target before popping open another can of Olympia.
“Ten shots?”
“Ten shots.”
Burt was about to walk to the target when his dad stopped him.
“Wait, son,” his dad said.  “What are you supposed to do before you step past the firing line?”
“Oh,” grunted Burt, nodding his head and remembering gun safety.  The magazine was removed, but the bolt had not been put in the load position.
“Good job, son,” said his dad as a car pulled into the range.  Burt noticed a smile cross his father’s face as he watched the car pull up.  “Son, go change out the targets.  I’ll be right back.”
“Yes, dad,” said Burt, trotting out to replace the target.  It always felt great to get such rousing approval from his father.  That Thanksgiving conversation had changed things between them.  The talk of courage and skill with his uncles inspired Burt.  He really liked talking about firearms the best.  He wanted desperately to learn how to shoot, and his father was happy to provide, teaching his son with care and skill.
Burt’s father had followed in his uncles footsteps.  The Scott men all served in the Marines between 1933 to 1949.  They were all great sharpshooters with the M-1.  Burt desperately wanted to shoot his dad’s M-1, and join the family tradition of the Scott men, of being a sharpshooter.  But he told Burt it would break his shoulder when it fired and that he was too young.  He had to wait until he got older.
The way he was feeling, he would be able to master the weapon and make his dad proud.  And it all started with mastering the .22 rifle.
Replacing the target, he walked back to the firing position.  Before he sat down, he looked for his dad.  The car that had pulled up was now behind a small storage unit several yards away from the firing position.  All Burt could see was the rear end of the vehicle.
Burt didn’t think too much on it.  He just figured his dad was behind the building.  He didn’t need to tell him he was going to shoot again.  He loaded the rifle, cranked the bolt shut, and took aim.
Just like his father taught him, he controlled his breathing.  He took aim.  He found the target.  He squeezed the trigger.
He took aim again.  Fired.
Again.  Fired.
Fired.
After ten rounds, he was done.
Burt stepped away from the rifle.  Before he dashed out to the target, he remembered something.
“Safety first,” he whispered, taking the magazine out of the rifle and pulling the bolt back in the neutral position.  He then trotted out to the target.
“All in the black,” he said, taking it off of the setup.  Dad’s going to be so proud, he thought to himself.
He needed more targets.  His dad had more.
From the target position, Burt proudly jogged passed the rifle firing setup and skipped to the car.  As he turned the corner, he noticed the windows to the vehicle were open.
“Hey, dad.  Look,” he said, peering into the vehicle.  It took him a moment to understand what was going on.
The woman was someone Burt had never seen before.  Her hair was sandy blonde.  Her face, sweet and young.  And it most certainly was not his mother.  His father’s hands were up her blouse, and they were kissing.
Burt stopped cold in his tracks.  The sight made his heart tremble with fear and confusion.  Small spiritual wounds were gouging his metaphorical heart.  For a second, he hesitated.  Exposed.  Frozen.
Then, he saw they were still lip-locked.  They didn’t see him.  He had one chance to run.  So he did.
Once he knew he was out of sight, he slowed to a walk.  His heart still trembled.  The spiritual wounds were bleeding.  Sadness washed over him.  The revelation was very heavy.  He walked, lost.
In the daze, he reached for the one thing that could ground him, the one thing that could take him away.
Burt returned to the shooting table, reloaded the rifle, and began to shoot the rifle out on the range.
He aimed at a distant tree.  He shot.  A branch fell.
He aimed at a distant stone.  He shot.  The rock shattered into pieces.
Burt aimed at an old target that had not been replaced.  He shot.  He hit.
With every round expelled with precision, the skill he was honing and the talent he was discovering, he felt a peaceful release.
But one thing made him sad, and it wasn’t what he saw his father doing.


He hoped he would still have a chance to fire the M-1.

The next chapter coming soon....

For the full scoop on the story, join the official ZBFbooks.com Facebook group HERE.
Posted by Bowie Ibarra at 2:57 PM