The proverbial sands
Pass through the
Hourglass…

It took four months to coordinate a simple marriage with the Justice of the Peace in the LA county courthouse.  Since Burt’s mom died in ’96, and he hadn’t heard hide or hair from his father for decades, it was just Shirley’s family on hand for the ceremony.
They bought a house in Monterey Park.  After the many years of military service, Burt was just fine with transitioning to domestic life.  In fact, old friends were so surprised to see him soften so much, they thought it was some kind of rib.
Flowers, sweet notes, even serenades.  And, naturally, he sang Louis Armstrong songs.
Then there was that sacred and special night, when he shared his beloved ‘Road Warrior’ movie.  With popcorn and drinks in hand, they watched as the title shot of the movie hit the television screen in iron gray letters before the narrator provided the prologue.
Immediately, she identified with Warrior Woman.  Burt smiled.  And though she knew Wez was a bad guy and enjoyed the company of men, she was still turned on by his sex appeal.
She turned to Burt.  “Would you cut your hair into a Mohawk if the world ended?” she teased.
“When you and I are taking on the raiders of the wasteland at the end of the world, I’ll do it,” he said.
They kissed.
And when Warrior Woman died, Shirley shed a tear.

“Would you do me a favor?” asked Burt.
“Anything,” replied Shirley.
She meant it, too.  And the cryptic way Burt asked the question made her ready to do it.
“What do you want, Burt?”
“I want you to come with me to Culver City.”
“Culver City?  Why?”
“I want you to come visit my mom with me.”
“Oh,” said Shirley.  She knew the circumstances, but didn’t realize Burt had never visited her final resting place. 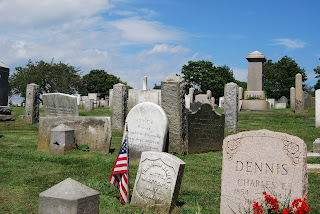 So the couple took the afternoon to drive to Culver City.  On the trip, Burt shared old stories he remembered about his mother.  And though he told her what happened the last time they ever spoke to each other, the conversation centered mostly on the good that she did in her life, the kind of mother she was to him, and the wife she was to his dad before he walked out on them.

They pulled into the cemetery on a cool September afternoon.
“Do you even know where it is?”
“I have an idea,” said Burt.  “My Uncle Oscar told me about where she’s located.”
Burt drove to the back of the cemetery and parked the car.  They both got out of the car, and Shirley followed Burt’s lead.
They walked up and down several rows of stone markers.  The names and the years they lived where haunting reminders of their mortality.  Though Shirley knew how Marsha had died, she wondered how the others had passed on.
The both couldn’t help but do the math in their heads as they saw the span of years marked on the tombstones.
‘31.
‘55.
‘67.
‘80.
‘18.
‘22.
Some of the names were classic, names not used in this day and age.
Agnes.
Franklin.
Eustis.
Agatha.
Obidiah.
Zibeon.
Ignacio.
After a short walk, hand in hand, they found it.  Burt inhaled, a subtle gasp.  It was as if all these years he had denied her death.  But the proof was now standing in front of him.
The marker read:
Marsha Leah Scott
March 2, 1926 – August 24, 1997
Rest in Peace

“I think my Uncle Oscar did it for her,” said Burt.  “She didn’t have any other family.”
Shirley nodded respectfully.
Burt just stared at the stone.
The wind picked up and gently caressed them.  Goosebumps rose on both their arms.
“You know, sometimes I think she’s watching me,” said Burt.  “Like when I’m not feeling good, or something upsets me.  Sometimes I feel this embrace, like something hugging me I can’t see.  I think of her.”
Shirley took his hand again.   Burt accepted it, and they stood together over the gravesite.
“You know, I know it was a bad way to … the last time we spoke was … didn’t end well.  And I always regret that.  I was young.  I never thought she would die.  Not like she did.  I should have known better, though.  But I didn’t.”
Burt knelt by the grave.
“Mom, it’s your son, Burt.  I know you probably can’t hear me, but I want you to know I’m still sorry.  I still love you.  And I miss you.”
Then he stood up.  “Shit.  I don’t have any flowers or anything.”
“Wait just a minute,” said Shirley, who took off trotting to several rows of cemetery marks away.  She bent down and plucked a few plastic roses from a grave and returned to Burt.
Burt chuckled.  “Goddamn, Shirley,” he said, smiling.  “That’s why I married you.”
She handed the flowers to Burt, who bent down to plant them in the ground near her marker.  The metal wires slid into the ground with ease and he stood back up.
“This is Shirley, mom.  I found a girl after all.  She’s great,” said Burt.
“Hello, Ms. Scott,” said Shirley, playing along.  “You’re son has told me a lot about you.  You raised a good son.”
Burt smiled, bringing on a respectful silence.  He nodded his head, keeping himself together.  Too much time had passed to make a scene, and he found the closure he had waited so long for.
Shirley felt Burt’s tension, and leaned in and gave him a hug.  Burt held Shirley close.
He was thankful for his mother, and even more thankful to have Shirley in his life.

“Don’t peek.”
“I’m not peeking.”
Burt playfully held his hands over Shirley’s eyes as he guided her into the kitchen.
“Don’t peek,” he said again.  It was more of a tease than an actual command.  His smile could be heard, as the words floating to Shirley’s ears were peppered with enthusiasm.
“I’m not peeking,” she repeated.  Her voice became light and joyful as her heart connected with Burt’s energy.  She knew she must be somewhere near the kitchen table.
Burt moved his hands from her eyes.  “Surprise,” he said.
Shirley looked at the table.
A single rose stood tall in a slender glass vase.  At the foot of the vase was a heavy sealed tube and a bottle of L’Amour Whiskey.
“Great,” said Shirley with sarcasm.  “I get a bottle of whiskey with a rose and industrial sized paper towel tube?”
Burt let out a hearty laugh.  Shirley was spunky.  “Open it, you knucklehead.”
Shirley reached for the tube.  A bit surprised at its weight, she opened it.  Inside was a long sheet of paper that was rolled up.  She pulled it from the tube.
“Shit, ‘Satchmo’,” she said with excitement, smiling.  “Is this what I think it is?”
“Well, see for yourself,” said Burt, beaming.
Shirley unrolled the paper, revealing it as a blueprint.
“Oh, my fucking God, Burt,” she whispered before gasping.  She put her hands to her smiling mouth.  “It’s the blueprint for ‘Locked and Loaded’.”
“Happy birthday, baby,” he said, reaching in to kiss her cheek.
“But, I thought we didn’t have the money?”
“We’ve always had the money.  A little white lie.  I wanted to surprise you.”
“You big jerk,” she said, punching Burt in the arm before taking him into an embrace.  “I love you so much.”
“I talked to the bank.  We’re completely financed.  My buddies have put together the materials.  ‘Locked and Loaded’ is scheduled to open in three months from today.  Ground breaking is today at five.”
Shirley smiled.  Tears of joy fell down her cheeks.  “You’re the greatest, Burt,” she said.
They kissed.

For the full scoop on the story, join the official ZBFbooks.com Facebook group HERE.
Posted by Bowie Ibarra at 1:56 PM