A SCOTTISH BOXER COMPETES IN THE MMA CAGE IN THE 'PIT FIGHTERS' SERIES
by
Bowie V. Ibarra 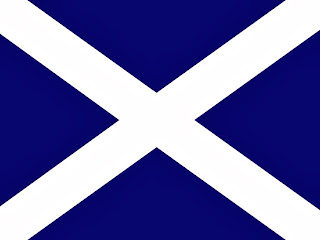 A Scotsman looking to make a name for himself in MMA competition and boxing joins the stable of fighters of San Uvalde International.

William was the sixth child of eight siblings.  Growing up in Dundee was rough on William, who quickly earned a reputation as a scrappy fighter in is early school days.  Ironically enough, when it came to settling issues between his siblings, he always chose the diplomatic route over fisticuffs.


When he was fifteen, William was encouraged by his father to join a boxing club in Dundee.  It was a blessing and a way for William to stay out of trouble on the streets, even though most people stayed well away from him at this point.  His size, intimidating.  His reputation, fearsome.


Angus McKinnon, a former boxer, took him under his wing at his gym.  He helped William win his first super-heavyweight title at twenty-four, led William on a good run of victories in the UK and Europe.  But William would squander his winnings on wine, women, and song.  Those bad habits eventually led to his downfall as a champion boxer.
Now considered a washup, William took back alley money fights to pay the bills before returning to work with Angus again.  But even though he had honed his skills again, no one wanted to sign him because of his reputation as a drunk and philanderer.
So William took to the money fight circuit to earn a shot he had lost in America for the big time.  He took any and all fights available, even MMA fights, utilizing his superior size and hand skills to win matches.  He eventually caught the attention of Herbert Hess, who signed him on to the San Uvalde International stable.  The rest is history.

Follow the adventures of William as he tries to reach his goal of fight sports glory in the 'Pit Fighters' series.  'Pit Fighters: Baptism by Fire' and 'Pit Fighters: Double Cross' are combat sports-themed books that features fights from the early days of MMA, and plenty of underground money fights.  You've got to check them out, and they're available on Kindle or paperback today.

Bowie earned a BFA in Acting and MA in Theatre History from Texas State University.  Network with Bowie for updates and news at his official website, ZombieBloodFights.com.
Posted by Bowie Ibarra at 8:34 AM