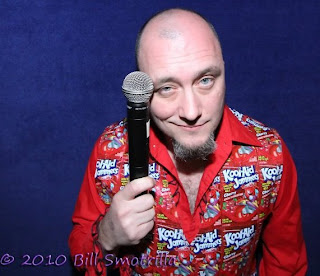 
Q – Porter, I got to start with that great gig you got announcing for that Mixed Martial Arts outfit.  What’s the story and how did it go? Nothing yet, actually. I’m hoping to get to announce for this particular production group if and when they move to texas. we’ll see what happens.

Q – You’ve always had a casual interest in MMA.  Has this gig turned you into a bigger fan of the sport? Absolutely. Seeing the sport live, esp in a relatively small arena (sold out at 1400 people) was incredible. TV is awesome, but nothing captures the raw power and energy like seeing it live. 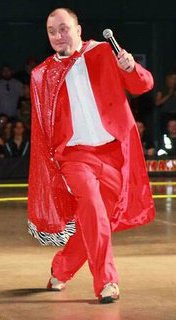 Q – You are one of the smartest people I know.  We’re talking Lex Luthor intelligence.  If you had the resources to execute an evil plan utilizing your superior intellect, what would it be? You ever see the movie “twelve monkeys?” somedays i think about the red headed scientist, and his plan, and those results, and i think to myself (and if i could borrow a line from chris rock), “i’m not saying i’d do it. but i understand.”

Q – Porter, most of the people who read this are probably going to know you by your most noted work as Jim “Kool-Aid” Jones with The Texas Rollergirls?  What got you into derby? initially, i saw a blurb in the austin chronicle about the latest new thing in austin, women’s flat track roller derby. that was in 2001. like most austinites, i’m always looking for the next new thing. unlike most austinites, i came back to it. again and again. i saw several bouts in 2002 and 2003. i even dragged my then girlfriend to a game on our anniversary (we left at halftime). in 2004, when Les “Motormouth” McGehee casually said “hey johhny, i can’t do the roller girl gig any more. do you want it?” uhhhh, yes. yes i do. 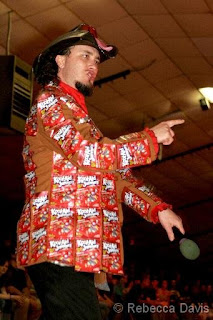 Q – It was quite a time when we announced together for the Texas Rollergirls?  How much further has the sport of flat-track derby evolved since then? leaps and bounds, man, leaps and bounds. the rule book is 4x as big as it used to be, and much more complicated. we’re talking nfl type complication. but fortunately, we’re almost two years from any major rule tweaks. and the current rules, while complicated, is really making for a solid enjoyable game. also, the game is becoming legitamized as more girls drop the nicknames, and the production is getting better and smarter. so much of this credit needs to go the the efforts of the WFTDA, who is doing a great job of stewarding the sport. 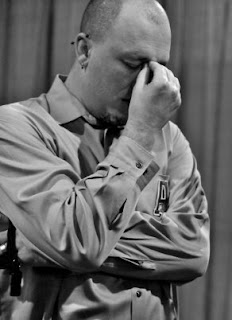 Q – You’ve taken a dive into coaching flat track.  How has that run been?  that was a great year. i learned a ton, and had a blast. there were a couple of factors that made me decide i’d rather foreman grill my own liver before i coached again. but for those factors, though, i’d really like to do it again. it’s definately on the radar for the future. although it is nice to be able to say i finished my career 10-2 and ranked #2 in the nation.

Q – Which house team is the team to watch this season with the Texas Rollergirls? gooood question. the hot rods honeys appear to have reloaded. the hustlers have been steadily improving for years, and look to be poised to knock the hot rods off their perch. the honky tonk heartbreakers have some very real talent, so it’ll be fun to watch if they can contend.

Q – Any Texas Rollergirl legends still playing?  Who might be a breakout star this season? bloody mary is still kicking a lot of ass. she’s trying to get the hot rods to an unprecedented 4th title. and trying to lead the Texecutioner’s back to the promised land. As for breakout stars, hard to say right now. we’ve got a lot of rookies, so i’m looking forward to watching the action unfold.

Q – With the new season came a new venue.  How is everyone enjoying the new facility?   it’s a lot more work in some ways, but in others not at all (it’s so awesome to watch paid employees for the city of austin clean chairs and pick up trash). but over all it’s fantastic. we have great seats for everyone, the lights and sound are incredible, and we’re downtown bringing in almost 3,000 people. that’s cool. 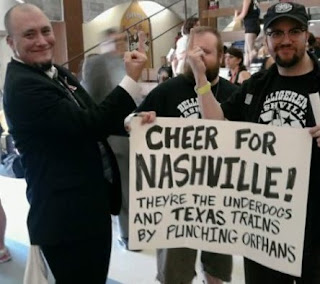 Q – What are some teams on the national scene that you enjoy watching? i really enjoy watching the 2nd tier teams as they fight their way up the ladder.  no coast, montreal, and tampa are all making waves. and i love watching the bay area/rat city/rose city/oly/denver/rocky mountain battles. as long as bay area ends up on top (my 3rd fave team behind TXRG and MRNG, fyi).

Q - Flat Track Derby has an international presence now.  What's the buzz?  australia has multiple leauges. most of western europe has at least one team now, and you’re starting to see the mushroom effect that happened here. look at the east coast. initially, it was new york, philly, boston, and baltimore. then all of a sudden you’ve got leagues every 20-30 miles. same thing is starting to happen in england, scotland, and germany.

Q – You mobilize a team of Rollergirls for the Z-Poc.  Who’s from the history of Texas Rollergirls is on this team? wow. derringer to be our front line of defense. dynamite for quick gun/kick combos and for scouting out ammo piles. sparkle plenty to keep everyone focused on killing zombies. curvette for the sheer amount of zombie killing she’s likely to do and belle starr, who can not only disintegrate a zombie with a shoulder block, but may actually be able to talk to the zombies, and help us forge a new zombie/human earth 2.0.

Q – What would you like to tell all the fans of flat track derby? people. seriously. it’s women on roller skates playing a fast paced full contact sport. and there’s beer. what’s not to love? 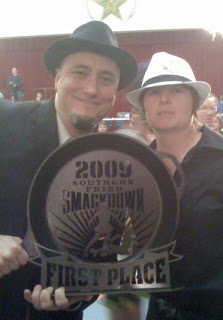 Q – Who is one person you’d like to announce with? harry carey. “holy cow, look at the hit desi cri...desi cru...desi cration put on that gal!”

Q – Where can people find more about you and the Texas Rollergirls are doing? www.texasrollergirls.org

Q – Any last words for the fans? if you know, you know. and if you don’t know, you’re really missing out.
Posted by Bowie Ibarra at 4:45 PM