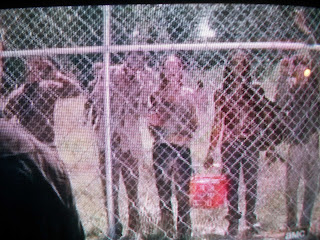 And here we go with this weeks episode, 'When the Dead Come Knocking'...

Merle has captured two of the WD Crew and begins by interrogating Glenn, pushing his buttons by insulting the cultural background of Glenn's friends and pushing him to say where the others are by threatening Maggie, who is in the next room and can hear it all.  Glenn draws first blood by catching Merle with a headbutt, and the beating begins.

Realizing how stubborn Glenn is, Merle uses one last cruel attempt to get Glenn to talk by unleashing a zombie on him.  But the once meek Glenn, who hid behind a trash can when it was 'go time' in season two, ups his game.  During a struggle, he escapes from his chair that he was bound to and kills the zed. 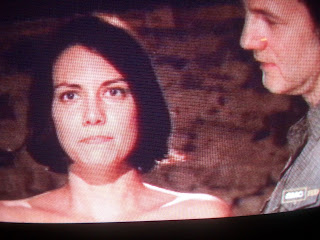 Merle reveals to the Governor that his brother is still alive, but doesn't know where.  So the Governor takes it upon himself to interrogate Maggie.  He's cordial, even unties her bonds.  But when she doesn't answer his plain and simple non-threatening questions, he begins a sexual humiliation of her and threatens rape.  I hate to think she's been in this predicament before, because it came across that this wasn't the first time by the way she handled herself with some real courage and repressed rage to call the Governor's bluff.

Turns out the Governor might be a weirdo, but he's not a rapist, and he diffuses the situation.  He pulls her into the next room with Glenn and forces her hand by putting a gun to Glenn's head.  That's all that needed to be done, as Maggie sings like a bird to spare Glenn.  The Governor adds insult to injury by attempting to console Maggie with a hug and a kiss. 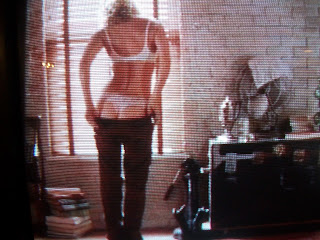 Anyway, when Andrea arrives, the scientist is trying to program Mr. Coleman with audio and visual cues to see if the recently deceased and risen Mr. Coleman will remember the cues.  Andrea is doubtful, but the scientist somehow insists.  It seems the results could be of some value to the Governor when you think of his daughter.

When Mr. Coleman turns, Mr. Mamet tries to make a run with the audio and visual cues.  When he thinks Coleman might respond, he loosens the bonds only to get attacked.  Andrea puts a stop to the experiment with a knife to the head.

With that revelation, the Governor questions Merle's loyalty as well as Andreas.  Little does he know, the raid from the WD fireteam is about to happen.

MICHONE GETS LOCKED UP 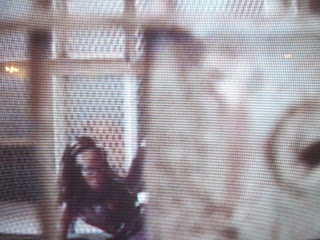 Michone makes it to the fenceline of the jail with 'Lil' Ass Kicker's' baby food.  Rick and co. decide to make a move to help her before she is overrun by the zeds and bring her in.  Its this time that Carol is revealed by Daryl to the crew to much warm fuzzies. 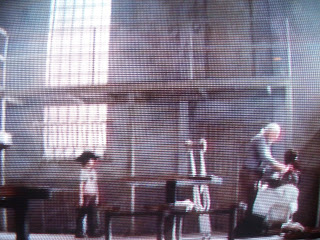 Then Rick and the crew help patch up Michone before they interrogate her on how she got there.  I have to admit, this felt like the duet scene that Michone probably got the role from, as she does a pretty good job here.  She even stares down the crossbow from her loose cannon rogue equivalent in Daryl.  She reveals the location of Woodbury, and the Governor.  Rick and his team mobilize, using the roomy and luxurious comfort of the Hyundai Death Dealer: Zombie Crusher Edition.  Rick puts the burden of protecting the prison on Carl, who apparently hates the nickname 'Lil' Ass Kicker' and gets Rick's approval to call the baby Judith in what I believe is a Freudian nod to Judith O'Dea, or Barbara from 'Night of the Living Dead'.

When the WD fireteam arrives near Woodbury, they are nearly overrun by zombies.  They requisition a house to hold off the zeds.  They don't realize the house has someone in it.  When the dude freaks out in spite of Rick trying to be calm about it, the dude almost runs out to let the zeds in, Michone takes matters into her own hand and kills the dude with her Hanzo sword for the safety of the team. 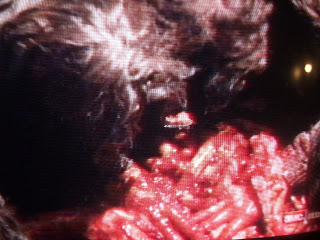 They feed the dead body to the zeds and the WD Fireteam makes a break for it.  And we get a great Greg Nicotero special effects gore feast.

Before long, they find Woodbury and gird their loins for the raid.

Looks like the mid-season finale (WTF?  C'mon, Walking Dead) is going to be filled with some action.  Until next time.

Bowie Ibarra is the author of the 'Down the Road' zombie horror series from Permuted Press and Simon and Schuester.  His latest zombie story, The Fall of Austin, tells the story of military, police, convicts, and citizens of the Texas capitol as they deal with the zpoc.  It is available in Kindle and Paperback.

You can network with Bowie and read about his Tex-Mexploitation stories and check out his book trailers at his personal website, ZombieBloodFights.com.
Posted by Bowie Ibarra at 9:08 PM