by Bowie Ibarra
Alright, so, if you follow the blog, you know I completely despise a turd manager who appeared on the Anarchy Championship Wrestling scene almost a year ago during ACW Prom.  His name is Chris Trew.  He's a hack comedian from Louisiana that walked in thinking he owned the place and some of the wrestlers, and then decided he could show up to manage when he wanted. 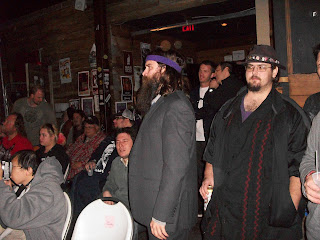 He even won "ACW Best Newcomer 2012" award, and his coronation was at ACW Guilty by Association 2012.  It was supposed to be a great night.  It turned into a much-needed initiation that I'd like to share with you in pictures. 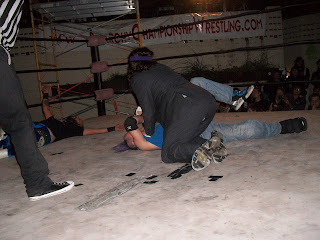 During the Breeze/Bravo/Chingo match, Trew desperately lent an assist to his charge, Breeze, by assaulting JC Bravo. 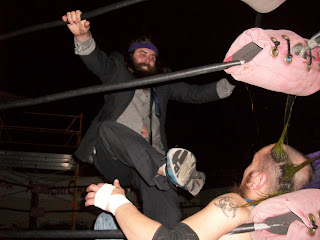 And he didn't let up. He attacked the wrestler with disrespect and feet, thinking he could be a wrestler like everyone else. 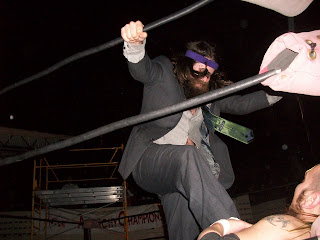 But the tables quickly turned.  Not schooled in pro-wrestling, JC Bravo quickly recovered and chopped the homeless dirtbag. 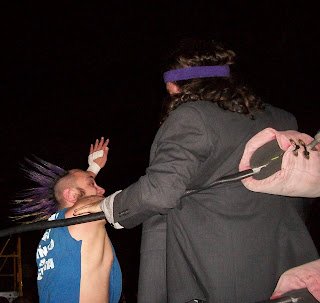 Then, Chris Trew was abused.  Bravo attacked an upside-down Trew's vagina with his boot. 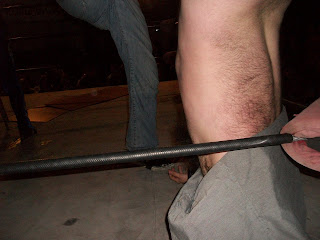 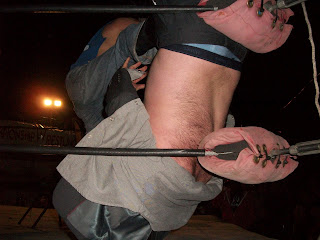 The king of hobo dipshits was exposed and beat down, looking like he does every Saturday night after spending money he begged for on a street corner on Thunderbird and Ripple. 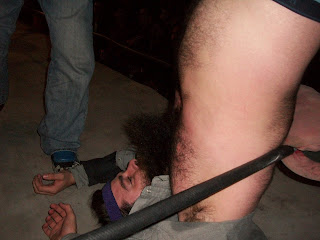 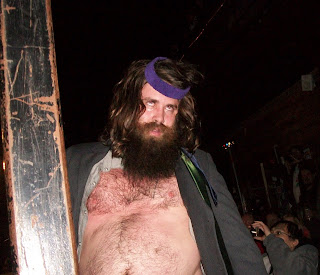 This was better than his poop-filled comedy act. 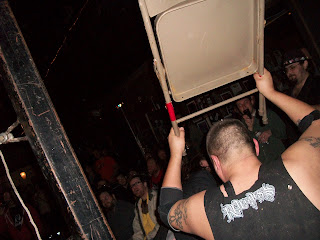 Yay for assault!
Look out!  Bum turd under the ring! 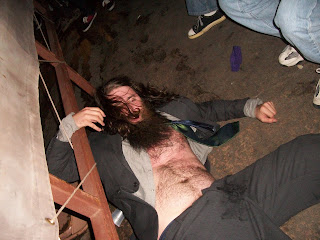 Like all the other bums littering Austin streets at night. 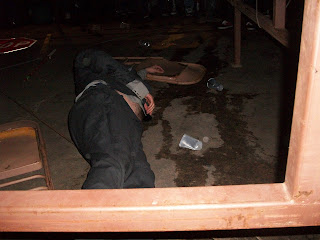 Tommy Chong's bastard child takes a little nappy-poo after getting beat with a chair. 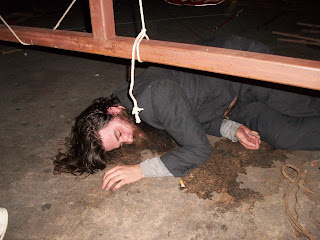 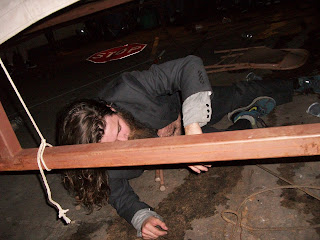 "Where am I?" says the hack comedian. 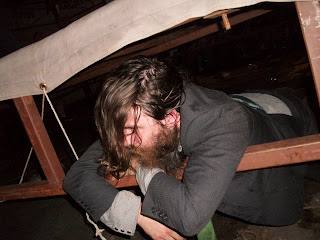 Unwashed dirtbag?  Or Hippie Turd?  You be the judge. 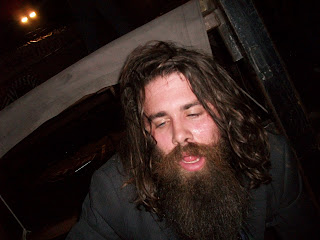 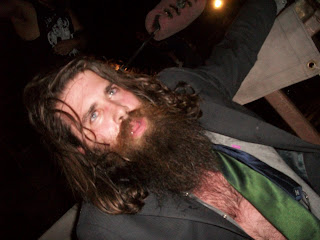 Ha!  Ha!  So you want to be in pro-wrestling, hipster douchebag? 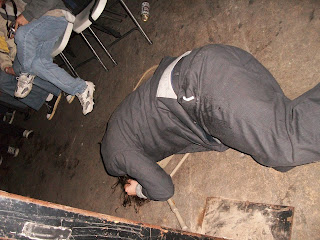 You want to be like Andy Kaufman.  Well, there you go. 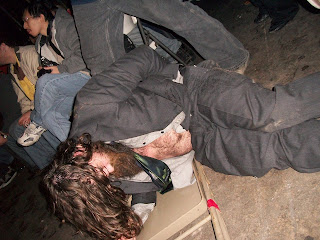 So, listen.  For all the crap I talk about this dirtbag, I watched a real change in his managerial style this Sunday.  He tried to coach some of his stable, took big risks that didn't pay off, and paid the price for it.  Severely, which was great.
And it was about time, too.  Considering this guy was awarded "Best Newcomer 2012" by the fans (?), he needs to show up more.  It's clear the fans (or many people?) like the guy and appreciate when he shows up.  Because the fact his, considering this beating, he really earned his spot in the ACW family now.
As a regular attendee of ACW events, let me formally welcome Chris Trew into the ACW family.
Don't get me wrong, I'm still going to verbally abuse the guy to compensate for my own life failures.  But considering the physical abuse he took for his stable, even after the buyout of his powerman KillahKash, he gets my nod.
Congratulations, Chris Trew.  You are now a pro-wrestling manager.  May you "Focus Up" and make the commitment to ACW like the fans and the wrestlers do.  It's one of the hottest promotions in Texas right now, and you'd be foolish to miss out on the chance to be a part of it.
I hope to see you again soon so I can boo your dumb ass.
===============
To follow more of the wild antics of Chris Trew, you can check him out here.
Just kidding.  Check it here.
Alright.  Sincerely, check out his comedy stylings and other madness he's up to here.
=============
Apologies to the homeless and homeless helpers surfing the 'net.
If you care about the homeless, please find a shelter in your community and give generously.
Posted by Bowie Ibarra at 8:21 PM