"Watch out for each other. Love everyone and forgive everyone, including yourself. Forgive your anger. Forgive your guilt. Your shame. Your sadness. Embrace and open up your love, your joy, your truth, and most especially your heart.” ~Jim Henson 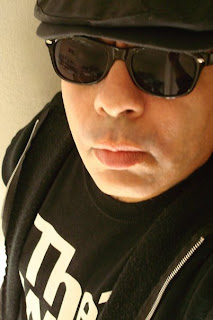 ZombieBloodFights:  It's great to have you visit the ZombieBloodFights Blog, Louie. Now you're very active with the news and growth of our hometown of Uvalde. What are some good things going on in town?
Louie Neira:  “The best thing I can see happening is that Uvalde is now moving forward. In the past, it was content to stay a sleepy border town, but with economics the way they are, the town is having to fight to stay alive. Many businesses have gone under, but the ones that are making it have learned a valuable lesson - change is inevitable. To grow is to survive.  The Uvalde HEB now has sushi, believe it or not, and the new Walgreens will give both HEB and Wal-Mart a run for their money. There is growth; it’s small, but it’s steady.”


ZBF:  Has the buzz been positive for the two new downtown venues, The Huddle and Urban Lounge? Is this something enough members of the community will embrace as a change of pace from the standard country and tejano fare?


LN: The Huddle’s novelty has worn off, but it’s still a good place to go. I go there for the darts and the oft raising of a pint of Guinness. It’ll also have to change if it wants to stay open. Unfortunately, Uvalde’s not quite ready for something “upscale.” Country and Tejano seem to have a death grip on the town and anything else (including mainstream rock) will have trouble getting a foothold.


For whatever reason, people seem to find a required dress code offensive. Same with Urban Lounge. It’s a great place and I’ve been there several times, but it’s struggling to keep its head above water. It speaks to the impoverished mentality that think things should cater to the lowest common denominator. Good ‘ol Uvalde… some things never change. 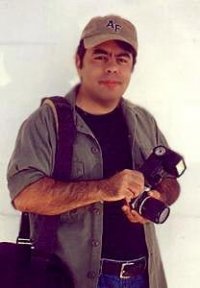 ZBF:  You're the editor for La Voz de Uvalde County. What's it like running the newspaper?
LN:  It has its share of challenges. The newspaper, like Uvalde, is a living entity that changes and grows according to the needs of the people. When I was working at the Leader-News, I saw nothing but the same stories repeated over and over every year – only the names changed. With La Voz, we’ve tried to make it something that gives solid information readers can use to decide in making educated choices.

ZBF:  What are your thoughts on electronic media and the rise of e-readers in regards to the future of print?


LN:  Newspapers aren’t going away, but they’re not what they used to be. I see laptops being phased out, being replaced by Smartphones, tablets and readers. Free Wi-Fi is already everywhere, especially in larger cities (Uvalde, not so much). The main reason my newspaper isn’t available online –except of Facebook – is because we would lose almost $300 a month in newsstand sales.
ZBF:  It's clear you enjoy the written word.  Who are some of your favorite writers?
LN:  Stephen King, JK Rowling, & Philip K. Dick

ZBF:  Have you been keeping up with "The Walking Dead" and the big zombie wave that has consumed the world, so to speak?
LN:  My nephew Jerry is a bigger fan than I am, but I watch it as well. As you know, I’m more of a Doctor Who fan. As for the zombie craze, I see it as a metaphor for today’s society. Too many people seem to be mindless pieces of flesh just trying to stay alive and in doing so, consuming those who stand in their way. It’s a dangerous time to be alive that I compare to living in the 1950s. Everyone was afraid of the bomb and the Reds, trying to live nondescript lives and imagine we existed in a perfect world where technology would make things better.

ZBF:  What are some things you look for in a zombie story, whether it be in print or film?


LN:  As in everything, I look for the human element. It doesn’t matter what disease or element is ravaging the planet, the main idea is for the protagonist(s) seek their inner truth and find strength in it, regardless of the outcome. No matter if it’s “28 Days Later” or “Shaun of the Dead,” the character has to find redemption through a triumph of the spirit, even though all is lost.
ZBF:  Lets hear it. Zombies, Blood, or Fights?


LN:  Zombies, of course. a race of fiends and freaks after my own heart (literally).

ZBF:  Any last words for the ZombieBloodFighters?
LN:  Don’t just watch, READ. The printed word combined with imagination is so much stronger than experiencing it vicariously through someone else’s images and interpretation. Even if the only books on your shelves are zombie masterpieces, don’t cheat yourself out of what can come out of your mind.
=============
Bowie Ibarra is the author of the zombie horror series, "Down the Road" from Simon and Schuester and Permuted Press.  His latest book, "Big Cat", follows two friends as they are thrust into a search for a deadly beast who attacked a girl they both liked.
You can network with Bowie at his website, http://www.zombiebloodfights.com
Posted by Bowie Ibarra at 9:11 PM