FIGHTS - The Weird Westerner: THE REAL #WEIRDWEST: Mailbox Baseball in the Weird...

Here's a reblog of a great Weird West Article from Frank Fronash.  Check it out.

The Weird Westerner: THE REAL WEIRD WEST: Mailbox Baseball in the Weird...:       I believe in aliens like I believe in spooks. I mean, we have to have a soul, look at us! The things we get up to and damn few ...
Posted by Bowie Ibarra at 7:29 AM 1 comment:

A STRONG VOICE IN THE WEIRD WEST GENRE SITS DOWN WITH ZBFBOOKS.COM 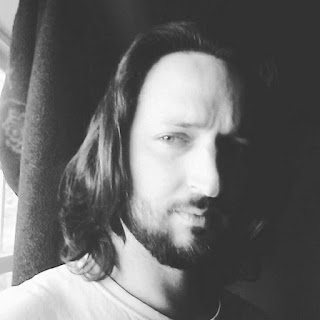 Dominic Stabile - I’m currently living in a small Maine town called Penobscot. I’m from South Carolina, so most of my fiction takes place in the South East.
ZBF - What got you into the weird west genre?
DS - Joe Lansdale’s Jebediah Mercer stories. I had been writing for about a year when I read “Dead Man’s Road” in a Lansdale issue of Weird Tales. I had never read anything like it. Most of the Horror I had read up to that point would build suspense, reveal the horror, and then end with the character either dying or going mad. I was expecting the same from Dead Man’s Road. But what blew me away was that after the horror was revealed, and the hero, Jebediah, narrowly escaped death, the story kept going. He went after the creature, and the story ended in a climactic battle. It was a refreshing break from the norm, but it also crippled my own writing for years, because nothing I did could stand up to it.
ZBF - Do you have any favorite weird west stories?
DS - Well, “Dead Man’s Road,” for sure, as well as the rest of Lansdale’s Mercer stories. A novella of Lansdale’s called “On the far Side of the Cadillac Desert with Dead Folks.” The films Seraphim Falls, Bone Tomahawk, Blood Moon, and others I’m sure I missed.
ZBF - Tell us about your title. 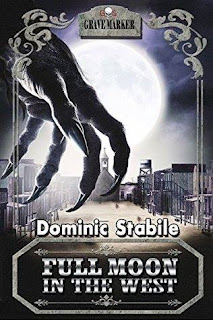 DS - The synopsis for Full Moon in the West goes: Juan “Tezcat” Medina is about to take the law into his own hands. Having lost his wife and daughter to a gang of outlaws, he strikes a deal with a local witch. She can resurrect his family. All he has to do is kill the six outlaws before dawn and bring their souls back to her. But there's something different about this gang of outlaws, something Tezcat isn't aware of until it's too late, and he's forced into a showdown with evil.
I originally wrote this for an anthology, but never submitted it. The story grew and took a path that didn’t fit with the anthology’s guidelines. By the time I was done, I had a story that was too long to submit to magazines and too short to submit to book publishers. I came across Grinning Skull Press’s Grave Marker Series, which focuses on publishing ebooks of stories in this range. They accepted it, slapped an amazing cover by Jeffrey Kosh on it, and that’s that.
ZBF -  Man, that sounds like an excellent story.  Where can people get your title?
DS - Full Moon in the West can be purchased for Kindle HERE.
ZBF - How can readers keep in touch with your progress?
DS - I write movie/book reviews at dominicstabile.com. I’m also active on facebook, Instagram , and twitter . I’ll be giving updates on my progress through the third book in my Scifi/Noir series from Mirror Matter Press (Stone Work is available on Amazon, Stone Wall and Stone Factory pending), as well as my progress on my Horror/Magical Realism novel, The Youth Room.
7.       Do you have a favorite alcoholic drink?
Oh yes. Maker’s, neat.
====
BOWIE V. IBARRA is the author of the Weird West title 'The Cruel Fate of Dr. Brewster McGill', available in paperback and Kindle format. Network with Bowie at his official website, ZBFbooks.com. 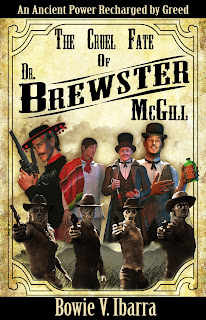 
DELILAH DEVILSHOT IS DANGEROUS AND DELIGHTFUL
BY Bowie Ibarra

Alana Melos - South Dakota. Not the middle of nowhere, but next to it.
ZBF - How did you get into the Weird West?

AM - Deadlands the game, but I've always sort of like the weird aspect of many genres. It was sort of eye opening to see the old west portrayed in such a cool way!
ZBF - Any favorite weird west storties?

AM - Right now, my favorite is probably Cthulhu Armageddon. Although it's not "technically" weird west, it's a dystopian horror, but it's got that weird west feel to it with the lone gunman hunting down his prey.
ZBF - Tell us about your Weird West title.

AM - My particular series for the Weird West is Delilah Devilshot, which is Weird West erotica. Her family is gunned down and she makes a pact with a devil for revenge. Although it's got a lot of steamy sections in it (it IS erotica!), it's really heavy on plot, action, and characterization as well. I can't write a story, even a sexy one, without heavy plot!
ZBF - I can dig it! Where can folks find your works?

AM - All of my works are available on Amazon HERE, though for this month I am doing a giveaway of The Devil and Delilah at Instafreebie HERE. ZBF - How can folks keep up with your work?


BOWIE V. IBARRA is the author of the Weird West title 'The Cruel Fate of Dr. Brewster McGill', available in paperback and Kindle format. Network with Bowie at his official website, ZBFbooks.com. 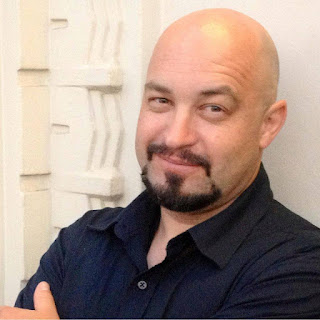 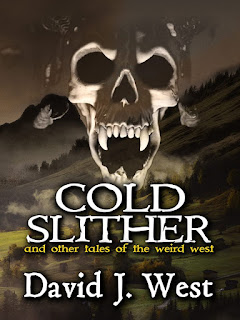 David J. West - I was born in Utah, grew up in Montana, moved to Utah got married, back to Montana, got divorced, got remarried and moved to LA and then as luck would have it we are back in Utah. So I'm pretty familiar with the American west as I have traveled all over it. I enjoy traveling and seeing the sights wherever I'm at. 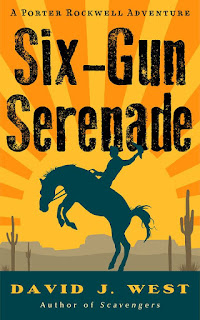 ZBF- What got you into the weird west genre?
DJW - I've always been into history and mythology and the old west is part of both those worlds. Writing the weird western is just the natural progression for me of blending two things I am fascinated with. Maybe fascinated isn't strong enough. Two things I absolutely love. 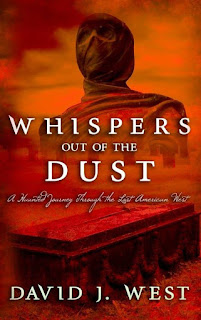 ZBF - Do you have any favorite weird west stories?
DJW - I'm a HUGE fan of Robert E. Howard and really dig his weird west horror stories Valley of the Lost and The Horror from the Mound and even those that are fantasy that are on the edge of frontier weird west stories like the Conan's tales of Red Nails and Beyond the Black River. I really liked Louis L'amour's Haunted Mesa and for more current authors I dig Joel Jenkins Lone Crow stories, R.S. Belchers Six-Gun Tarot, there are a lot more too numerous to list. 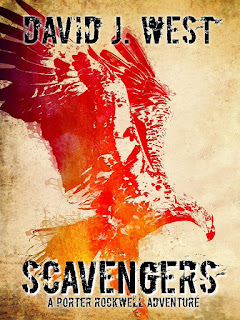 ZBF - Tell us about your title.
DJW - Scavengers is about what people will become when they are driven to the edge. I place a lotta bad dudes in an inhospitable desert wasteland (that I am intimately familiar with from numerous wild camping trips) and get to play around. It is based on some real dangerous people = Porter Rockwell and some real yet rumored lost gold stories in the area. I love using that local stuff as a background.
ZBF - Where can people get your title?
DJW - For right now, Scavengers and others like Cold Slither are only on Amazon HERE, but I will be making them available in more venues by summertime. That includes audiobooks.
ZBF - How can readers keep in touch with your progress?
DJW - There is my newsletter - https://t.co/Q2cP5JefXt Twitter - https://twitter.com/David_JWest My blog/website - http://www.kingdavidjwest.com/ and I shouldn't be too hard to find on facebook either.
ZBF - Do you have a favorite alcoholic drink?
DJW - Hahahaha! No, I am in Utah. I'm a sucker for anything with vanilla in it though.
======
BOWIE V. IBARRA is the author of the Weird West title 'The Cruel Fate of Dr. Brewster McGill', available in paperback and Kindle format. Network with Bowie at his official website, ZBFbooks.com.

Pretty sweet article about the Weird West genre. Check it out.