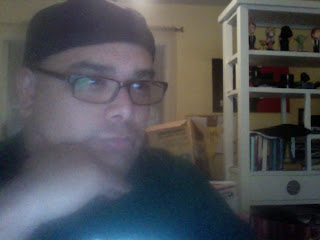 I'm proud to present the following blog interview with one of my most ardent supporters.  He is a talented actor, eccentric artist, and a good friend.  ZombieBloodFights 2.0, here is Gil Martinez.

Q – So, Gil. I’ll start with the obvious. How many times have you watched the Star Wars trilogy?
Actually, I stopped counting when I was in my 20's. I've watched them multiple times. I wouldn't say thousands, but who knows? Perhaps? (but only original, new trilogy not so much) 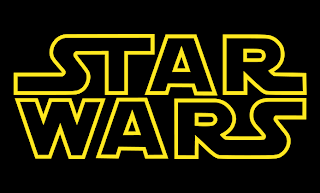 Q – Considering the fact we’ve had a chance to see members of the Jedi Council in action, who was number two behind Yoda?

You know, we didn't see him much, but I'd have to go with Ki-Adi-Mundi. He was there in the very end, and like most Jedi Masters didn't go out like a bitch! It is said, that Yoda mourned him most of all. At least that is what they say! 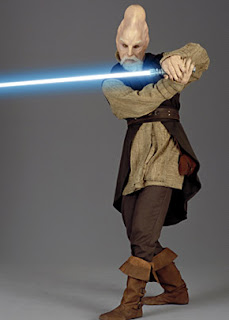 Q – Was it wrong for LucasFilms to make Greedo shoot first?

Uh, Yes. I'm not sure who would say no here, but Han was no saint. It ruins his arc by doing that. I mean, you probably had kids thinking "Oh, he's gonna come back and save Luke, remember? Greedo shot first!" So yeah, bad form.

Q – If Darth Vader and the Empire offered a good health plan (health, eye, dental) and a 401k matching plan, would you sign up and throw on the old white suit?
You know, 10 years ago I might have said yes, but not today. While I probably need more healthcare than ever before, I recently found my soul again after being apart for so long, and well, I'd rather have that then Healthcare. Besides the Empire would never offer a 401k they would honor. 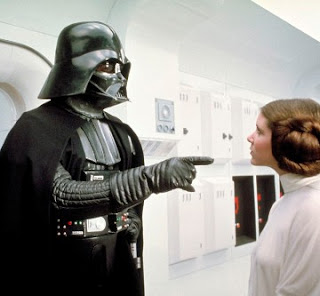 "I told you.  The deductions will come out of your paycheck every two weeks.  Check your stub."

Q – If you didn’t have to work, what would your rather be doing?

I'd actually like to try my hand at play writing or something of that nature. Poems, essays, and the occasional novella. But mostly I would probably go on a lecture circuit of some kind. Probably one called "How I managed to never work again." Or something like that!

Q – Gil, you’re probably one of my greatest supporters and one of the greatest friends I met in college. What do you look for in a good zombie book?
Okay, I'm going to get sappy here, but in one word: HOPE. That is the one thing that sets zombies apart from anything else. No matter how much ammo you have or what hide outs you find, it doesn't matter. The aura of hopelessness is all around. But once in a while you find a story with the exact opposite. Now, I'm not talking about the magic spell snaps everybody out of it kind of hope, no I'm talking about the kind where the protagonists learn something about themselves and accept their fate, full of hope. That's what I loved about your character George. There was hope there, in the end. That is what I look for, and I'm happy when I find it.

Q – What are you going to do when the zombie apocalypse drops?

Make my way to my parents house. Pick up the AR-15 and AK 47's we have there. We also have a radio ready to go. Probably keep the Prius for gas purposes, but maybe switch to the truck, still thinking about that one. Then I'd head to the airport (picking up survivors along the way) Wait to hear about safe zones and then try to make it over there. Always full of hope mind you! 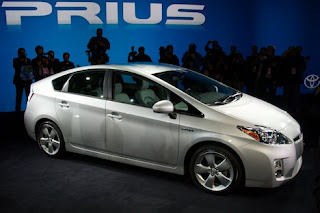 Q - What do you think is going to be the most unexpected thing no one will be ready for during the Z-Poc?

No matter how much we know we have to be prepared for it, it's gotta be how hard it is going to be to put down your loved ones after they get infected. That's gonna be tough. Oh, and also, get ready for the constipation! We ain't gonna be pooping for a while, out of pure adrenaline! So no one is going to be in a good mood that's for sure!

Q – If you were to join me for a beer after a book signing, what would we be drinking and where?

If you did another book signing in San Marcos, I'd say we would have to hit the Tap Room! You were a pro there, and well, it's always good to have choices... but I'd probably stick to XX or Tecate, and the occasional Coors!

Q – So, Zombies, Fights, or Blood?
Zombies, hands down. So much to be learned there, and a great way to bring people together (well the non infected kind).

Q – If you could fight a character from Star Wars, who would it be?
I'd like a crack at Bobba Fett. Legend has it, he was better than his father, and one tough MO-FO. (I would never fight a Wookie though). 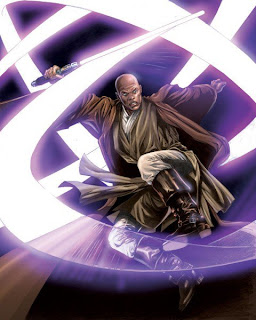 Q – We were in theatre together. What would be a role (roles), any role, you would like to play?

I'd play Horatio, cause no one likes to play that guy, but he was one cool dude. Defending his sister's honor and shit! I'd also like to play the Common Man in Man For All Seasons. When I saw our buddy Napier play him, I thought, man what a cool role. Also, anything in a Mamet play. I love that guy!

Q – What would you like to tell all the authors writing away for your pleasure?
Don't be afraid to kill off a main character in the middle of your story, and then have a supporting character finish the job. What a cool story that would be. Sometimes it doesn't matter who finishes the job, just that the job gets done! Allow me to explain: J.K. Rowling implied that Neville could actually be the "chosen one" and not Harry. Well, now we know that is not true (by the way this isn't a spoiler alert, because the books have been out for years, it's not my problem if people only watch the movies) but how cool would it have been if Neville had to finish the job? Well, now that I think about it probably not that cool, but still I think it could work! Especially in a romance novel (although I'd never read that) Oh, and also, HOPE

Q – Pizza Hut or Dominos?
The Hut! but shit, I'd eat Dominos any day too! I don't discriminate when it comes to pizza. 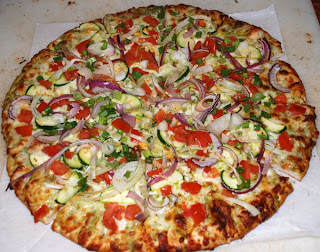 "No one discriminates against pizza.  No one."

Q – Where can people find out what you are reading or watching?

Q – Any last words for the people reading the blog?
Heaven is real. It's called Summerland, and if you don't believe in God or anything like that, that is cool, just be cool to people, be as cool as you can, because Heaven or no Heaven, life is to short to be dicks to one another... In other words:

"Be Excellent to Each Other!" 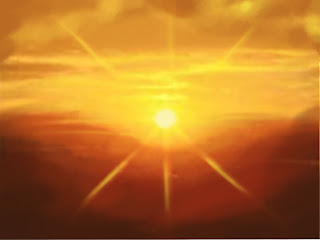 This blog has been brought to you by ZombieBloodFights.com
Posted by Bowie Ibarra at 9:24 PM