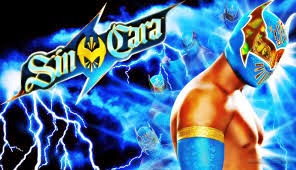 You knew it was coming soon.

With the months of botched moves and a string of injuries as well as a 'wellness violation', Sin Cara finally got shitcanned by the WWE.

It's hard to blame them.  The dude was never able to get out of the gates.  The guy was a legend in Mexico, and became a laughing stock in the US.  He deserved better than that.  The guy was on top in Mexico, and even won a title in Japan against Tiger Mask IV.  How awesome is that?

Sin Cara apparently worked his contract to where he could keep his Sin Cara name for the rest of his career.  So you'll be seeing Sin Cara in Mexico.  It also appears he left on good terms with WWE.  He must have been ready to bail.

There's a Mistico wrestling in Mexico these days. Here's hoping we see a lucha dream match of Mistico vs. Sin Cara in the near future.

In the meantime, ZBFbooks.com wishes Sin Cara well in resurrecting his career.  We're still a fan.

If you enjoy lucha libre, consider the 'Pit Fighter' combat sports book series from ZBFbooks.com.   'Pit Fighters: Baptism by Fire' and 'Pit Fighters: Double Cross' are combat sports-themed books that features fights from the early days of MMA, and plenty of underground money fights.  You've got to check them out, and they're available on Kindle or paperback today.

BOWIE V. IBARRA is the author of the 'Down the Road' zombie horror series from Permuted Press and Simon and Schuster.  His latest story, 'Tejano Star and the Vengeance of Chaplain Skull' is a Tex-Mexploitation superhero story in the tradition of 'Machete' and 'Black Dynamite'.  Get it in paperback or Kindle today.
Posted by Bowie Ibarra at 12:46 PM 1 comment: 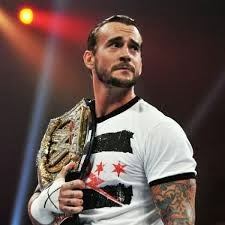 If there's one guy who has no problem cutting himself loose of situations he's unhappy with, its CM Punk.  In January, 2014, news was reported that CM Punk walked away from WWE after The Royal Rumble, only months before WWE's biggest show, WrestleMania.  The move rocked not only the WWE, but the wrestling world, as Punk was one of the organization's brightest stars.

But for those who have followed Punk, and especially viewed his WWE DVD, 'CM Punk: Best in the World', the move should be no surprise.

One of the recurring themes in the documentary opens the whole DVD.  The first story told about CM Punk describes how he left his own home because he thought his parents were treating him unfairly, giving attention and resources to his brother.

What was Punk's solution to the problem at home?  He cut his losses and left his home, moving in with the family of a friend.  In his own words, he was, "...not getting what he needs, he doesn't cry about it.  He just goes here and gets what he needs."

Look at the 'Summer (Slam) of Punk'.  CM Punk was ready to walk yet again and ended up with a historic modern title run.  His contract was up, and he was tired of where he was heading.  This was not like Ultimate Warrior vs. Jake Roberts at WrestleMania from years back, holding Vince over a barrel for more loot.  This was CM Punk wanting so much more for WWE than just a fat paycheck.

But the DVD also seems to put on display Punk's lack of confidence in management's belief in him.  Something that seemed apparent was that Punk was always ready to leave after a title run with the phrase, "Well, this won't last long."  Punk seems to always have leaving on his mind.

Since we're talking pro-wrestling here, you better believe I still think this could be some kind of elaborate work.  But considering his philosophy on life and what he's done before, he's probably gone unless Vince provides some kind of offer he couldn't refuse.  Which would be wise if WWE wants the gravy train that is CM Punk.

But 'wise' is certainly not a trait that management at WWE has had over the past few years. 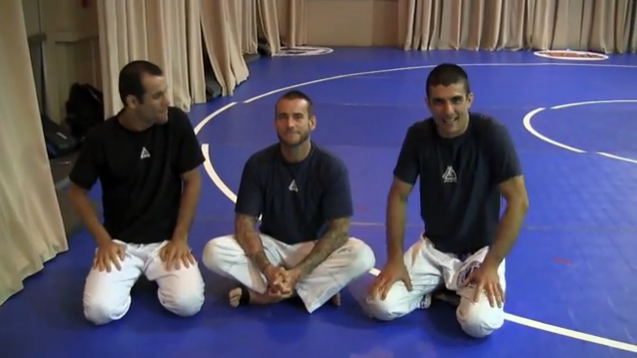 The DVD also revealed how the guy hates to stagnate, which also supports the idea that he is really gone.

It's that example that he's set, cutting himself loose from an organization when he feels he's burnt out, then it makes sense that he might make the rumored move to MMA.  The guy has experience and training in Jiu-Jitsu, so he could hold his own.  Even his jiu-jitsu coaches at the Gracie Academy are saying he's got potential.

I think Punk has a great chance to do well in MMA.  He's got a good foundation in grappling, and he's probably pretty tough when it comes to fighting.  And his tattoos are better than most every MMA fighter out there.

But let's face it, there's going to be a learning curve when it comes to getting punched and kicked in the face.  Brock Lesner had a great run in UFC, but he did not like being punched in the face.  Dave Batista also had a short run in MMA.  Punk's tough, but like an MMA guy couldn't walk into the WWE and 'pro-wrestle', Punk's going to need to take some time and participate in some bush league MMA scraps and cut his teeth in the pits of MMA before he can compete on the UFC's level.

However, Dana can smell money.  And he already knew what Brock did for him in regards to paydays, booking a UFC fight for Punk would be money for Dana.

It will also be another challenge, another mountain to climb for CM Punk.  If he's tired of pro-wrestling, then MMA might be his next big move.

I don't know about you, but that would be fun to watch play out.

Here's a clip of CM Punk practicing jiu-jitsu with a Gracie legacy.

Could you consider Punk a martyr?  Maybe.  The guy came in wanting to change WWE, and you could say he did.  Now, without Punk on the program, the fans are rebelling against the WWE machine.  Just this past Monday Night Raw, sans Punk, the crowd spent the night chanting his name.  They could take away the fan's signs, but they can't take away their voices.

Maybe Punk did finally get that revolution he always wanted after all.

If you enjoy pro-wrestling and MMA fights, consider the 'Pit Fighter' combat sports book series from ZBFbooks.com.   'Pit Fighters: Baptism by Fire' and 'Pit Fighters: Double Cross' are combat sports-themed books that features fights from the early days of MMA, and plenty of underground money fights.  You've got to check them out, and they're available on Kindle or paperback today.

BOWIE V. IBARRA is the author of the 'Down the Road' zombie horror series from Permuted Press and Simon and Schuster.  His latest story, 'Tejano Star and the Vengeance of Chaplain Skull' is a Tex-Mexploitation superhero story in the tradition of 'Machete' and 'Black Dynamite'.  Get it in paperback or Kindle today.
Posted by Bowie Ibarra at 11:52 AM 1 comment:

I had to share this with ya'll.  It's a little interview with a woman whose been pretty cool to ZBFbooks.com and has shared her appreciation of some of my books.

Lindsey Beth Goddard is a super cool lady and a pretty imaginative writer.  Check out her interview with Jezri's Nightmares in the link below.  Make sure to comment and follow the blog as well.

Jezri's Nightmares: Women In Horror: Lindsey Goddard: Today begins Women in Horror Month and my first horrific lady is Lindsey Goddard.   I had the pleasure of interviewing her. She is an inte...
Posted by Bowie Ibarra at 9:59 AM No comments: