BLOOD: This week in Police Terror

COPS ONLY NINE AWAY FROM BREAKING THE CENTURY MARK IN AMERICAN EXECUTIONS FOR JANUARY 2015
by
Bowie V. Ibarra

According to killedbypolice.net, the current American body count of folks executed by police is only 91.

Let that sink in.

91 people have been killed by police in the month of January.

ZBFbooks.com was anticipating cops breaking the century mark with their state-sponsored terror against American citizens, particularly poor or minority Americans, the source of their revenue-generating income.  But, thankfully, they did not.

However, that's still 91 Americans who did not get their day in court for the alleged crimes they were committing.  91 men, women, and children were put to death because they did something that made a cop 'fear for their life'.

Bottom line, folks.  Know your rights, but be super cool around police.  They are trained to kill you if they feel the least bit threatened.  And, for whatever reason, everyone makes them feel like their life is threatened.

We'll be coming to you with proposed solutions to this sad American epidemic throughout the year.  Until then, this is ZBFbooks.com saying know your rights, be cool around cops, and never call them to sort our your family problems, because someone will end up dead.  Let's learn to take back control of our lives and leave the state out of it as much as we can.
Posted by Bowie Ibarra at 5:26 PM 5 comments: 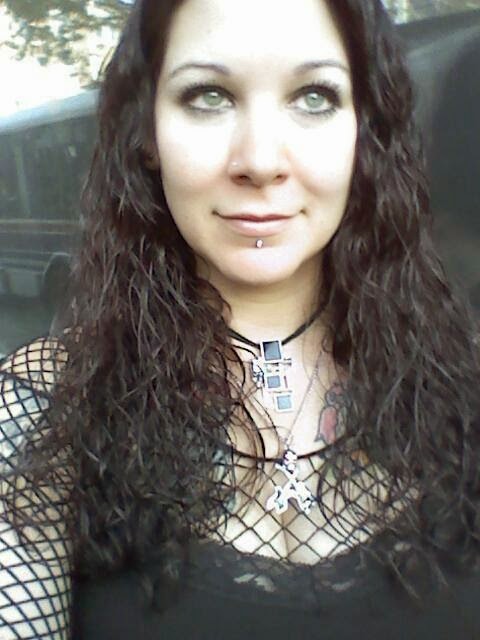 As you know from my previous review of her work, Lindsey's strength is how she skillfully creates imagery.  She's at the top of her game with 'The Patch'.  And what's wild is she's only getting better.

You're going to be sitting in front of the computer for more than ten minutes and you know it.  So get the story going in one window and do your internets in another  window and listen to this great story of bloody mystery.

Then go check out some of her other available titles and participation in collections HERE.

BOWIE V. IBARRA is the author of the 'Down the Road' zombie horror series from Permuted Press, and author of many other action/adventure, horror, superhero, zombie titles as well.  Network with Bowie and check out his books at ZBFbooks.com today.
Posted by Bowie Ibarra at 4:49 PM 8 comments: 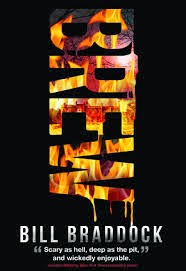 So, you ever watch 'Nightmare City'?  The enjoyable Italian horror schlock classic directed by Umberto Lenzi?  Or 'The Crazies (1973)', directed by our Lord and Saviour George A. Romero?  Sure, the modern version with Tim Olyphant is still pretty good.  But that's beside the point.

What I'm saying here is that Bill Braddock's title 'Brew' takes that same formula and knocks it out of the park.  My two favorite words for this outrageous and wildy fun story:  Wanton Violence.  'Brew' defines wanton violence.  It uses it as its heartbeat, shooting blood through the veins and out of a severed neck or arm.  It's the energy that propels the reader through its pages to take in the nightmare that washes over the college campus in a shade of sick green.  Yes, wanton violence pretty much defines the story on its most basic level.  But the best part is that it is deeper than that.

The story follows our protagonist, a street smart college chick named Cat, who meets an unmotivated drug dealer named Steve.  The two hit it off with some sweet chemistry before suddenly having to deal with the college campus going completely apeshit when a mad scientists double-cross becomes a reality.

And that's when the story takes the reader riding shotgun in Dragula on a bloody, violent, and sex-filled romp.

Though this absolute and total mayhem make up the spirit of the book, the real backbone is the story itself.  It's well put together, thought out, and gilded with deep, real characters.  The reader won't help but love the leads and absolutely hate the modern-day 'mad scientist' who is the architect of the savage havoc that spits blood at the reader on every turn of the page.

'Brew' is a masterpiece of cruel mayhem.  If you dig the kind of chaos those old-school horror movies brought to the silver screen, then you're going to love the chaos Bill Braddock throws on the page to gouge your eyes and wrap your brain in slime green.

Get your copy of 'Brew' today in paperback and kindle HERE.

BOWIE V. IBARRA is the author of the Down the Road zombie horror series from Permuted Press. He has more titles available at his official website, ZBFbooks.com, where you can network with him.
If you enjoyed the review, support ZBFbooks.com not only picking up Braddock's title as well as a ZBFbooks.com title. 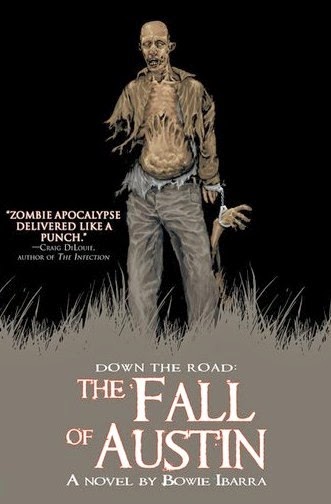 'If we don't get involved, we could be the next ones to die.'

The same could be said for America and the rise of the state-sponsored domestic terrorists typically called our friendly neighborhood police departments, trained to kill Americans the moment they 'fear for their lives'.

Posted by Bowie Ibarra at 9:58 PM No comments:

BLOOD - Repost - Borderland Beat: What goes on in the mind of a hitman * Sicario *

Borderland Beat: What goes on in the mind of a hitman * Sicario *: Translated for Borderland Beat from a Oaxaca3.0 article by Otis B Fly-Wheel Are hit men psychopaths or just sick or incapable of feeling em...
Posted by Bowie Ibarra at 9:52 PM No comments:

This is what happens when people make a big enough fuss against the system.  Someone gets the blame pinned on them and pays.  Maybe not the main folks, but someone gets left holding the bag.

Someone needed to be nailed to the wall for this.  These dicks were the perfect and right choice.

Borderland Beat: Former Iguala mayor formally charged with the kidn...: by Lucio for Borderland Beat There has been a formal arrest warrant issued for former Iguala, Guerrero mayor,   Jose Luis Abarca, alon...
Posted by Bowie Ibarra at 9:39 PM No comments:

Needed a moment from 'Night...', but I'm okay with this list.

Posted by Bowie Ibarra at 10:10 PM No comments:

Wonder why its rumored El Americano is in the pocket of Los Caballeros Templarios?  Check out how Dr. Mireles and El Americano were treated when they were captured by the state

If Americano is in the pocket of La Tuta, then it makes sense he went to battle against his own teammate, Hipolito Mora.  With Dr.Mireles still in jail, throw down with your rival, nail him to the wall, and engage in theatre to make them think you're still on their side.

Divide and Conquer.  That's a military tactic as old as war, itself.

REPOST - FIGHTS - Borderland Beat: Castillo solves the mystery of who fired the first...

What a fucking dick move.

It's what you'd expect from Mexico.  Hell, any state government across the world, especially the USA with all the cops murdering Americans indiscriminantly.

Borderland Beat: Castillo solves the mystery of who fired the first...: Castillo 'the magician' Yesterday, first court district judge Consuelo Lopez, reported that it had not been possible to determ...
Posted by Bowie Ibarra at 9:28 PM No comments:

Check out this classic from 2006:  Chris Benoit vs. Dave 'Fit' Finlay in King of the Ring qualifier.

Posted by Bowie Ibarra at 4:24 PM No comments: