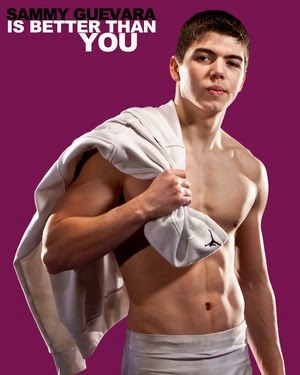 A stunning bit of controversy erupted at the Inspire Pro event 'In Their Blood' at the Marchesa Hall in Austin, Texas.  Rising Texas indy star SAMMY GUEVARA was crowned the first ever Inspire Pro J-Crown champ in front of a large crowd of Austin wrestling fans.

But what started as a great victory celebration degenerated into a dark vibe as Guevara took the mic and ran down a promotion that purportedly gave Guevara a start in wrestling:  River City Wrestling, one of San Antonio's best pro-wrestling promotions.  Guevara put the promotion on blast, singling out the promoter, Brandon Oliver, for overlooking him.  It was a strange rant that has some unfortunate ramifications for both promotions.

The rant was made known to Oliver very quickly, who took to social media to share his disappointment and disgust at what he felt was a betrayal.  Inspire Pro officials stated the moment was not part of their plans and was a decision made by the indy star.  Even another RCW star, Honky Kong, was affected in a high-profile matchup between Inspire Pro's own The Great Depression.  The fallout was RCW publicly severing ties with Inspire Pro and continuing on their own way.

I'm not going to pretend I know all the facts.  I'm just going to respond as a fan who has watched the sad circumstance play out.  I felt the rant was very inappropriate for several reasons.

Number one, very few people (dare I say NOBODY) in Austin, Texas, cares about a promotion outside of the city of Austin.  Sure, I can name a handful of folks like myself who support the Texas Indy wrestling scene when they can and know some of the goings-on around the state.  But I've seen this kind of stuff go down before.  And though I understand the context and ramifications of the allegations, a majority of the folks attending the event could give two shits about a wrestler's hurt feelings toward a promotion outside of town.  All we give a shit about is getting a show for our money, not hearing some wrestler air dirty laundry most folks would know nothing about.

Second, as mentioned, the tantrum severed a delicate relationship that Inspire Pro was taking great pains to develop with RCW and, perhaps, other promotions in Texas.  Leadership in Inspire Pro wanted to take the non-traditional approach and support other indy organizations in a spirit of cooperation to nurture the Texas wrestling scene as a whole.  Time, money, and sincere effort were being sacrificed to make that goal happen.  RCW seems to take a guarded and traditional approach to wrestling, which lends itself to caution and distrust of other organizations.  Any inroads to collaboration between the two organizations was emphatically put to an end after the outburst.  Work, plans, time, and potential paydays for talent between both camps were now thrown out the window because this dude put himself above all of that.  Even Honky Kong, who was a part of the Inspire Pro show and had a match after the rant, was affected.  He lost out on future paydays with Inspire.

(Incidentally, Honky Kong was an instant hit with the Inspire fans.)

On that same note, RCW fans of Guevara were disappointed to hear the news.  Some folks commented that Guevara was their favorite or a family favorite.  This included kids who enjoyed his work.  Now they won't see him in San Antonio again, at least in RCW, for a very long while.

Third, the event marked the announcement of Inspire Pro's inclusion in the National Wrestling Alliance.  Some of the top brass from the NWA was in attendance.  And though it's been made emphatically clear by members of Inspire Pro management that Guevara's actions were his own, it was still a really bad lead-in to the announcement, which came soon after, as well as a potentially bad first impression to the NWA brass.

And fourth is simply my opinion.  Is Guevara good?  Of course he is.  He's got a great look, clearly lots of passion, he's got a pretty good foundation and good skills, and he is a daredevil.  He's even been tested by the likes of Texas standout and rising Ring of Honor star ACH and the dangerous veterans Masada and Homicide.  That counts for something.

But is he THAT good?  I don't think so.  He's got lots of talent, sure, but it needs more time to marinate, to get better.  I'm not going to lie.  I got caught up in the hype as well.  Lots of folks on the Texas Indy scene were talking him up.  I got it.  I knew what they were saying, and I didn't have too much of a problem with it.  He's good, and fun to watch.  Guevara relishes being rude to crowds and opponents, and telling everybody he's the best in the world is a LOT premature.  But I know that kind of attitude is part and parcel for being rude to crowds.

But maybe he's honestly starting to believe it?  Maybe with so many folks blowing sunshine up his ass, he's taken a self-centered approach that Millenials are accused of doing and forgotten that there's still an element of respect that should be considered and earned from the people he works with and the opportunities he's presented with.

Look, I think Guevara has talent and can go a long way.  I also plan to continue to attend any and all RCW events when I can and am most definitely going to attend another Inspire Pro show in the near future.  I still love and support all of the folks putting their heart and souls into the events for the enjoyment of fans like me, keeping the tradition of quality Texas pro-wrestling alive.

Here's hoping all the fences can get mended, that Sammy can make some peace with folks he's upset, that the good of Texas wrestling can be emphasized over the dirt that's in most every wrestling promotion, that no more bad blood boils over publicly at an event, and everyone can learn from this experience for a better Texas wrestling scene.

I sincerely look forward to watching how Guevara develops from here, and hope his stock continues to rise, even though I'll probably be booing his Millenial ass.

Somehow, I don't think he'd have it any other way.

For more information about Inspire Pro and how you can get tickets to their next event, check them out at their official website HERE.

For more information about River City Wrestling and how you can get tickets to their next event, check them out at their official website HERE.

And if you enjoyed the blog, consider picking up a book for yourself from the ZBFbooks.com library to support the blog.  Books are available in paperback or Kindle.  Suggested titles:  The combat sport series 'Pit Fighters' from ZBFbooks.com.  It's the adventures of several fighters from around the world who form a stable to compete in the early days of MMA competition.  One of them is a Mexican luchador.

You can pick them up today in paperback or Kindle HERE.

Network with Bowie and check out all his other cool books featuring zombies, blood, and fights at his official website, ZBFbooks.com today. 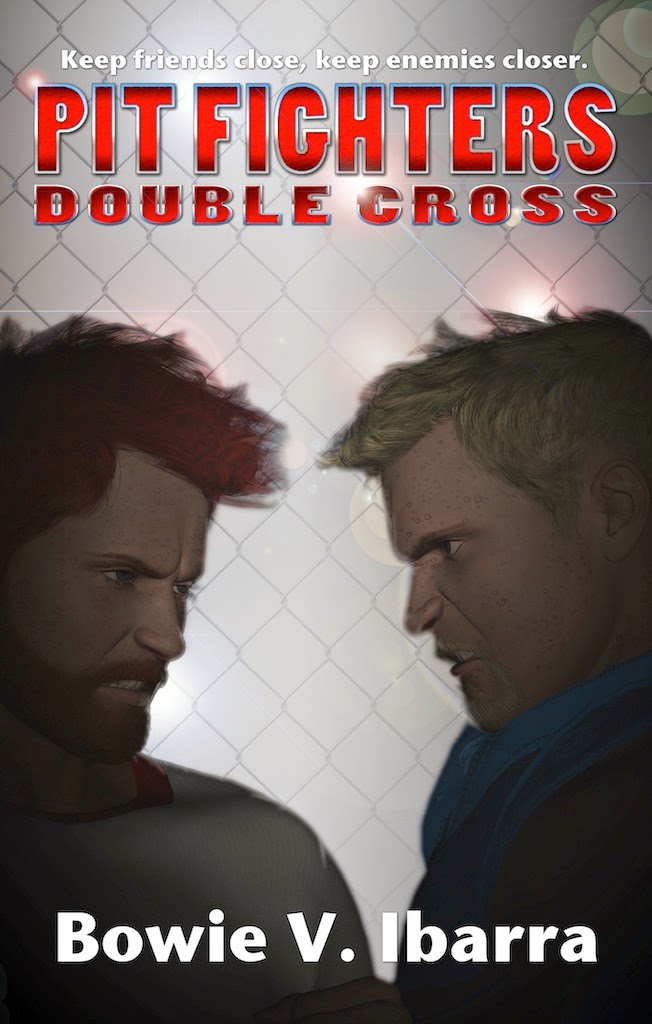 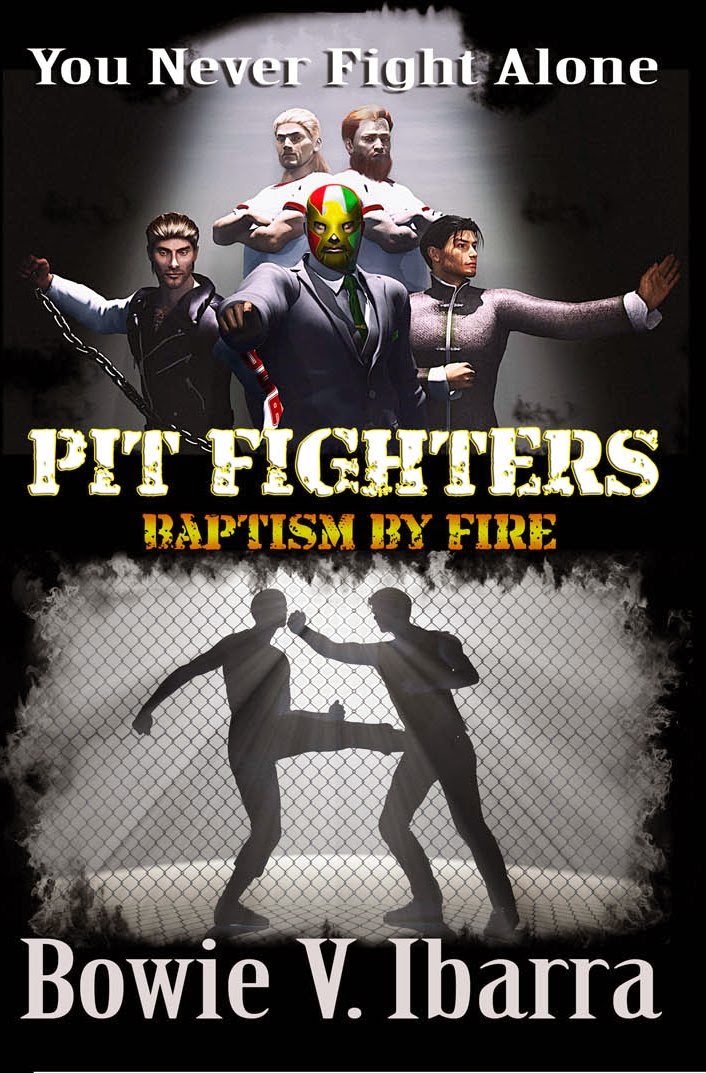