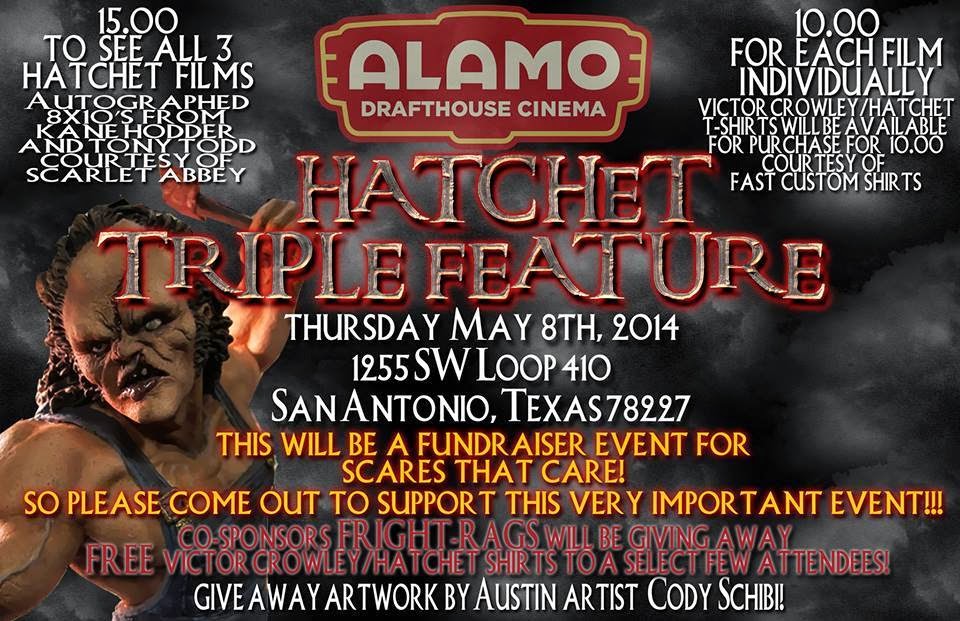 Kelly Warren Hammond and the boys and girls of Bloodthirsty Thursday brought the quality blood and gore to the silver screen again to Alamo Drafthouse Westlake in San Antonio, Texas.  The 'Hatchet' triple-feature screening was yet another fine example of the great fun BTT is bringing to the San Antonio horror scene.

The event was a fundraiser for 'Scares that Care'.  And proceeds from the tickets went to the organization that helps kids pay for their medical bills.

Fast Custom Shirts was there, and I was able to pick up a Victor Crowley tribute shirt.

Fans of the series will appreciate the fun and scares I had watching the movies for the first time on the big screen.  The kills were ridiculous.  The story was alright, and they built on the story for all three, which was kind of cool.  One of the highlights was watching Kane Hodder as the father of Victor Crowley, who eventually took on the role of the older Victor Crowley, the killer.  There was even a horror fan fantasy matchup with Kane against Derek Mears, who played Jason in the Friday the 13th remake.  Horror fans might know that Kane was Jason for many of the last flicks and was expected to earn the role, but lost it to Mears.

And Sid Haig has a hilarious cameo as well in the third one.

Check out the trailers here:


If you live in San Antonio and haven't gone to one of the Bloodthirsty Thursday Screenings, then get on it.  They're a lot of fun.


And if you like horror, pick up this recent horror title from ZBFbooks.com.  'Alamo Rising' is the story of a group of amateur ghost hunters who fall ass backwards into a dark conspiracy to unleash a curse on the Alamo that could destroy downtown SATX.  Get 'Alamo Rising' today in paperback or kindle today HERE.  Check out the trailer below. 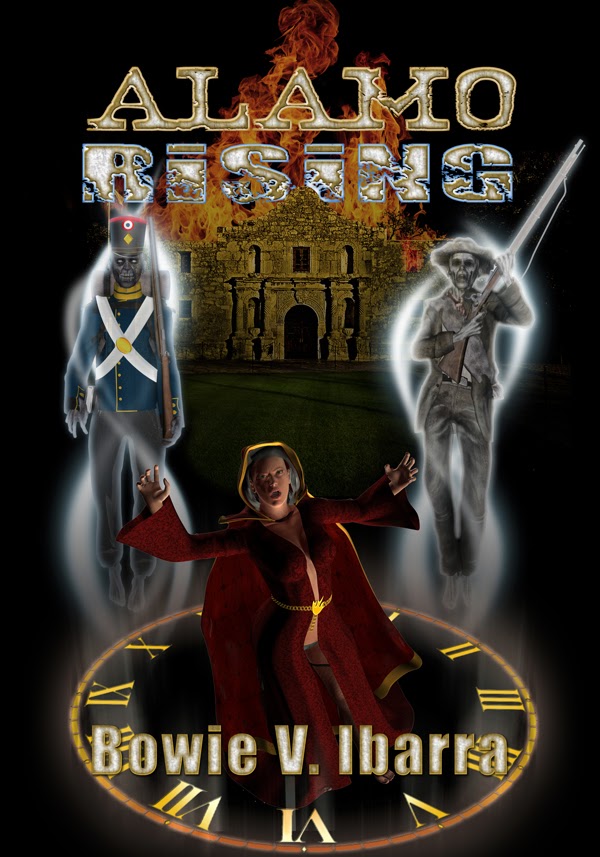 Network with Bowie at his official website, ZBFbooks.com, the leader in Tex-Mexploitation literature.
Posted by Bowie Ibarra at 9:18 AM