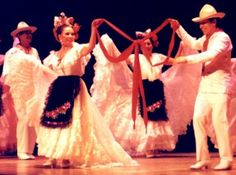 Chapter VI:  The Wedding
The wedding of my wife and I was the greatest wedding ever, bar none.  Though I was severely hung over, I had one of the greatest times of my life with family and friends.  Let me tell you how I met my eternal beloved…..

I have to admit, committing myself to marriage at the ripe old age of twenty-eight was daunting.  I had not even had any kind of series or long term relationship.  My relationships were more or less in my imagination.  Like long term mind prisons stunting my emotional growth.
XXXXXXXXXXXX
XXXXXXXXXXXX
So I proposed on that bridge over the Riverwalk on the Mexican day of Independence from France.
/   /   /   /   /   /

Putting the wedding together was, naturally, a strain.  Renting the venue, buying the clothes, and money for the photographer (that as of this writing has yet to get our pictures to us) cost money.  Scrapping together the dough was tough.  But fortunately, family was there to help with that.  My family, that is.
XXXXXXXXXXXXXXXXXXXXXXX
We had the rehearsal dinner the night before the wedding and I treated my groomsmen to select alcoholic beverages.  It was also the night of some great cage fights, with Randy Coture toppling Chuck Liddell.  It was a night of excitement and anticipation.
XXXXXXXXX.
Maybe I should not have, because the next morning I was hung over with a cruel vengeance.  Chris Arnall, one of my groomsmen, shared the tequila I had gifted him.  Not a good idea.
The next morning, my suegra had menudo for everyone, but I was the only one that showed up.
When I returned home, I threw up my breakfast in the parking lot and tried to sleep off the hangover to no avail.
Though I was in pain thanks to my tequila induced intoxication, I was still able to muster up enough willpower to be in the ceremony, take wedding pictures at the state capital (that I wish I could see), and make our way to the reception.  The mariachi band was already playing and we sat at the table like a king and queen at a royal banquet.  I will never forget how happy XXXXXXX was.  The mariachi came to our grand table and played a few tunes as the food was presented.  I remember wondering when we would be served, as I was still suffering greatly from not eating the entire day.
Our next featured performance was from a folklorico group in Austin.  As they began, we were finally served.  I was so ready to eat.  The meal was prepped to the highest standard and smelled so good.
As I was prepared to consume the dish, just moments away from satiating my hunger, XXXXXXX pulled me by the arm.
“Let’s go watch the dancers.”   She wanted to move closer to the dance floor and away from my precious food.  It was like putting food in front of a homeless guy, then making him go pick up your laundry.
“What about the food?” I asked in hungry desperation.
“C’mon.  Let’s go,” she insisted.
So we strolled down by the dance floor to watch the dances.  The first dance set was from Coahuila, then Jalisco, and finally Vera Cruz.  The dancers were fantastic, and the Vera Cruz candle dance was moving.
The final dance of the night was to include XXXXXX and I.  It was the traditional marriage dance to “La Bamba”.  The choreography includes and actual tying of the knot made from a long red cloth.  The real stunning part is that the knot is tied with the feet and not the hands of the couple.
XXXXXX and I had practiced sporadically during the weeks leading up to the wedding and thought we had it under control.  I was coordinated but lacked the technical chutzpah and grace of the dance members.  As a former folklorico dancer, XXXXXX was moving in perfect form to the rhythm.  XXXXX  is always so extremely sexy when she dances, and she was magnificent on this night.
Things were moving along just fine until we reached a literal snag.  The small nails on the front of XXXXX boots were sticking to the cloth.  Having bought traditional boots, XXXXXX had neglected to make sure the nails were set in the tip of the boots properly.
Suddenly, we were losing time.  The song was finite, and the knot needed to be tied before the end of the song or we would look ridiculous.  It would signal a cruel portent for our married future.
Within moments, the professional dancers were already done with their knots and dancing around us.  Time was running out.
The final verse was starting and the song would be over in seconds.  We were very close to finishing.  I did not think we were going to make it.  With a pair of simultaneous tugs, we finished as the final notes were sung.  As the last note hit, XXXXXX and I revealed our knot to the audience.
It was a small moment of true triumph, and an example of what a marriage should be.  Two people who love each other enough to devote their lives to each other.  Under great pressure, a couple can achieve anything they set their minds to.
The dance was a victory, but there was one more personal message I needed to communicate.  Later that evening, I paid tribute to my father.  I wished he was there physically, but knew he was there in spirit.  To the audience, I proclaimed that I wish I had the courage to be half the husband and father he was to me.


In the end, it was the greatest wedding ever.