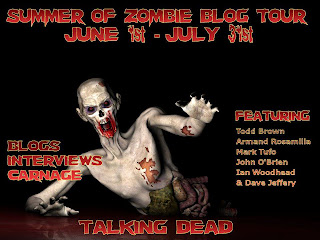 It's my pleasure to welcome Ian Woodhead and Mark Tufo, authors of 'The Unwashed Dead' and 'Zombie Fallout', respectively.


ZombieBloodFights.com - Hi all.  It’s great to have ya’ll here.

First off, let’s talk about that wild zombie/cannibal situation in Florida a few days back.  Naturally, as I imagine most of ya’ll did, I reserved judgement until all the facts were in.  But did you have a moment where you thought, “Holy crap.  It’s going down,” when you heard about it?

Mark Tufo: I'll probably end up being like most people and think, 'Naw that shit isn't happening!' For maybe the briefest of seconds I thought possibly, yet no matter how unrealistic I think a zombie apocalypse is going to happen, I'm still preparing. As long as I'm not the first zombie or victim I'll be happy!

Ian Woodhead: I saw all the posts on Facebook just hours after it had happened. Strange to think that of all the atrocities that our species do to each other on a daily basis, that was the one that went viral.


Did I think it was going down? To be honest? It didn’t cross my mind, I just felt for the poor bastard and his family who had to undergo such a traumatic experience. Yes, I did do an image search, looking for the guy’s mutilated face. For research purposes only, you understand. (Honest) 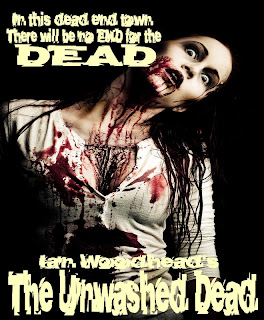 ZBF.com - Everybody’s got their favorite weapon for the zpoc.  Everybody’s going to have water and other supplies.  But let's talk about what many (including myself) would also like to include in their supplies:  BEER.  What would be your beer of choice for the zombie apocalypse?

MT: True beer aficionados would look at my list and turn their noses up at me. Right now my first choice would be Molson Canadian followed closely by Rolling Rock. Want to know what my REAL favorite is though? It's free beer followed even closer by cold.

In your opinion, what are some key elements that make up a good zombie horror story?

MT: Suspense, I love that good hanging on the edge of your seat, have no idea what is going to happen next feeling, whether from a book or a movie. Also I know you have to suspend some believability when dealing with this subject but I don't like stories where out of the blue the fantastical happens. 'Tom and his gang were surrounded by zombies, the end was in sight, but oh no what is that in the sky? It is a meteor that has wiped out all of our enemies! How fortuitous! That kind of things shows laziness on the part of the storyteller. 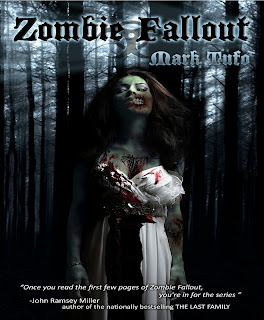 IW: So the dead have risen and are eating the survivors. Yeah, we get that. The survivors won’t stand for this, they all tool up and get ready to kick some serious zombie arse!

I focus on how the normal bloke in the street would react if the zpoc ever happened. Granted, writing about video game characters have an endless supply of shotgun shells who are also kung fu experts who ALSO save the day AND get the girl are a lot of fun but not very realistic.

So, a good supply of ordinary characters, throw in an exciting plot with plenty of twists, create plenty of tension between the characters and kill a few of them off. Add some gory deaths and there you go. Probably.

ZBF.com - What and/or who were some of your artistic influences?

MT: I've got to bow to the great one, Stephen King. I have been consistently reading his books since I was probably ten years old. There are dozens of others, but he would stand above them all.

IW: You can’t beat a constant supply of metal blaring through those speakers when writing. Be it Power, death, doom and black. Spliced with Beethoven, Mozart and Strauss, you have a winning formula.

ZBF.com - If you could add elements to a zombie movie that you feel could have been better, which movie would it be and what would you add (or delete)?

MT: I've mostly enjoyed every zombie film I've watched, obviously some more than others. There have been some with an operating budget of maybe 24 dollars that maybe shouldn't have been made but that's not my call. The only thing that is kind of getting my goat at the moment is in The Walking Dead, I wish Rick would tell his wife and his bratty kid to take a hike. But that's just me!

IW: I think it would be interesting to see the original Dawn of the Dead remade, keeping the essential plot and characters but placed in a modern setting. Keeping our dead antagonists SLOW!

ZBF.com - Where can readers find out more about you and your works?

All six of us - Todd Brown, Mark Tufo, Ian Woodhead, Armand Rosamilia, John O'Brien and Dave Jeffery - hope you'll keep following us on the Summer of Zombie blog tour, and comment as we go along.

And… one lucky commenter for each blog will receive a Free eBook or Print book from one of the authors! Simply leave a comment with your e-mail address and we'll pick a random winner each day! Simple as that!

Bowie Ibarra is the author of the 'Down the Road' zombie horror series from Permuted Press and Simon and Schuster.  His latest zombie book, "The Fall of Austin", was said to "...kick undead ass" by Johnathan Mayberry, New York Times bestselling author.  It is available in paperback, Kindle, and other e-reader versions.
Enjoy the blog?  Use the 'Facebook', 'Blog', or 'Twitter' button below to share with your friends.

Please leave comments below with your thoughts.  I like hearing what others think.

You can network with Bowie and learn about all of his Tex-Mexploitation books at his personal website, ZombieBloodFights.com.