THE SHORT STORY COLLECTION OF ZBFBOOKS.com
by
Bowie V. Ibarra 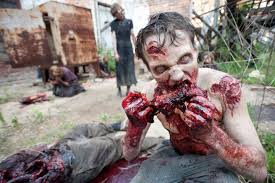 For the first time in one collection, ZBFbooks.com is set to release a compilation of all the short stories ZBFbooks.com has written.

Soon, in one location, every short story written will be compiled in one place:  8 Short Stories by Bowie Ibarra.  The stories will be available exclusively on Kindle.

A man is forced into a game of death in the squared circle to save his brother from a debt owed to a Mexican cartel.

Seperated parents learn the meaning of love when their sick child is brought to a hospital in the middle of the zombie apocalypse.

A cornerman must find a way to motivate a brash title contender against the skilled champion.

A dying veteran remains dutiful to his fellow countrymen around him in the hospital when the zombie apocalypse hits. 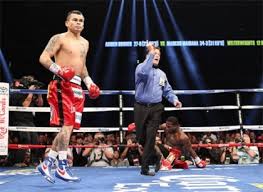 WORST OF THE BEST
(Debut)

A novice Catch Wrestler is challenged to a duel with a reputible BJJ practitioner for the pride of his club.

A desperate stranger shows up at a home ravaged by the zombie apocalypse. 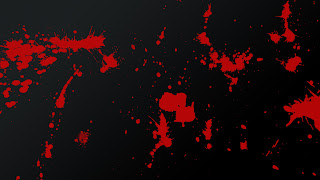 A rich man is led to a mysterious field where an ancient battle of brutish monsters takes place.

Kids celebrating the Fourth of July in the United States stumble upon an experiment gone wrong that raises the dead in the city's Veteran's cemetary.

Coming soon from ZBFbooks.com and available exclusively on Kindle.

And check out this month's featured title, "Big Cat".  Three friends are thrust into a deadly hunt for a monster that has been killing people along the Nueces River.  Get it in paperback or Kindle HERE. 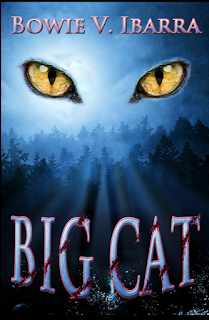 
BOWIE V. IBARRA is the author of the 'Down the Road' zombie horror series from Permuted Press.  He's earned a BFA in Acting and a MA in Theatre History from Texas State University.  Network with Bowie and check out his books at his official website,ZBFbooks.com.
Posted by Bowie Ibarra at 6:27 PM