BLOOD: Moody's 'Them or Us' a terrifying read 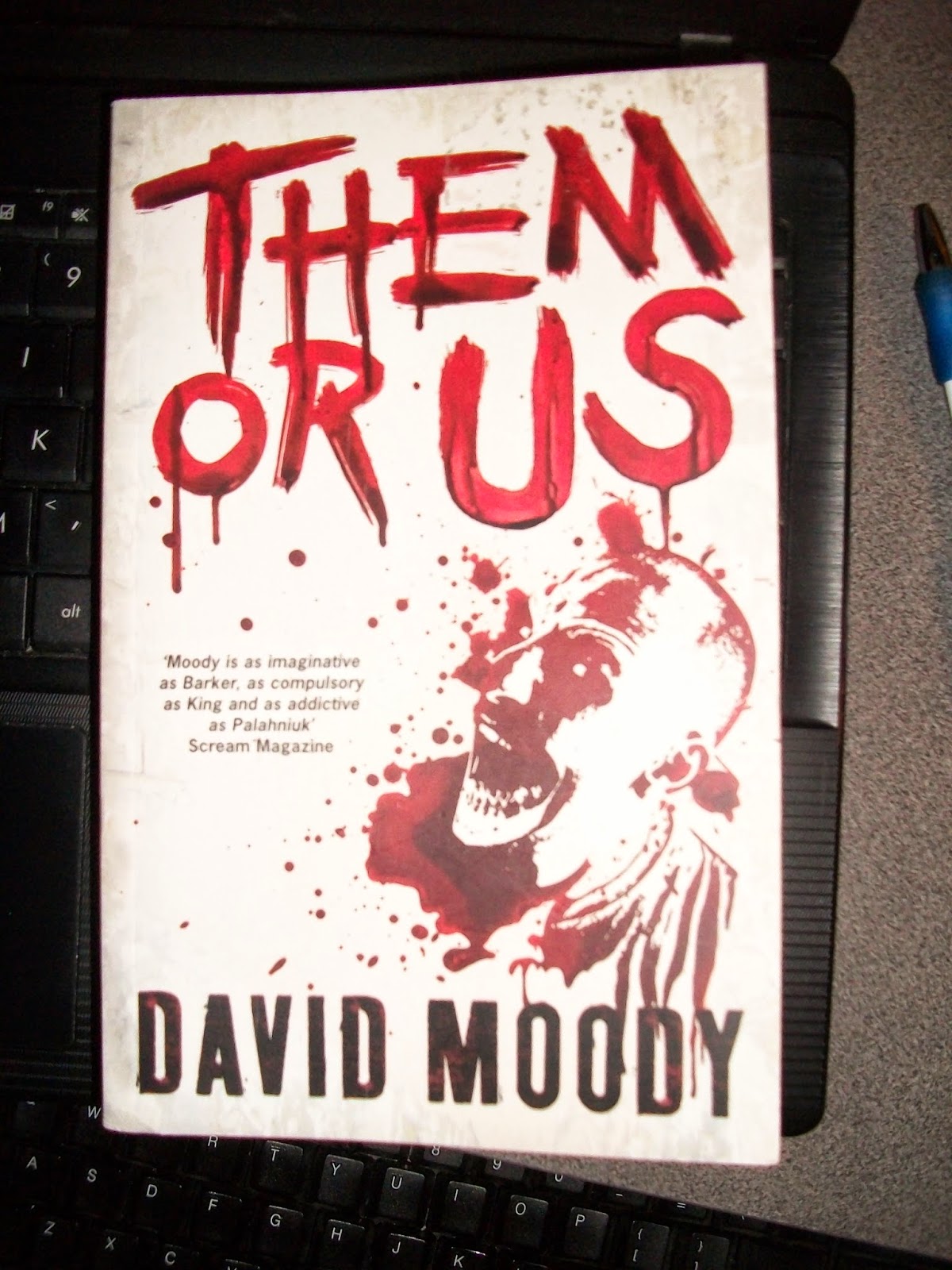 David Moody's Them or Us is a truly thrilling rollercoaster ride of emotions set in a world of sad cruelty.  It was an outstanding read, and I'm glad I picked it up.

The story is the conclusion to the three-part 'Hater' series (Dog Blood is the second title), and it follows the ill-fated journey of its protagonist, Danny McCoyne.  McCoyne has had to experience some of the harshest cruelties life could mete out.  In a world ravaged by war, McCoyne watches first hand as the world falls apart around him, destroying his family and changing his life forever.

McCoyne has to work for a tyrant named Hinchcliffe, who has established a despotic reign over a small town and all the survivors around it.  McCoyne is special to Hinchclifee, and he charges McCoyne with investigating lands around Lowestoft.  That's where the trouble begins for McCoyne and Hinchcliffe, whose opposed philosophies for survival are challenged by forces outside their stronghold.

Moody is elegant with his cruel prose, painting pictures of a dying world and the remnants of humanity with sweet precision.  The story flies by, and is filled with commentary about the human condition.  The finish to the series was particularly sweet and cruel.  Yet it served as a pointed comment on the truth of our delicate human frailties.

I absolutely loved the title, and highly recommend it.

Them or Us is 100% ZBFbooks.com approved.  Pick it up today HERE in paperback, hardcover, kindle, audio download, or MP3 CD.

Network with Bowie at his official website, ZBFbooks.com, the leader in Tex-Mexploitation literature.
Posted by Bowie Ibarra at 11:37 AM