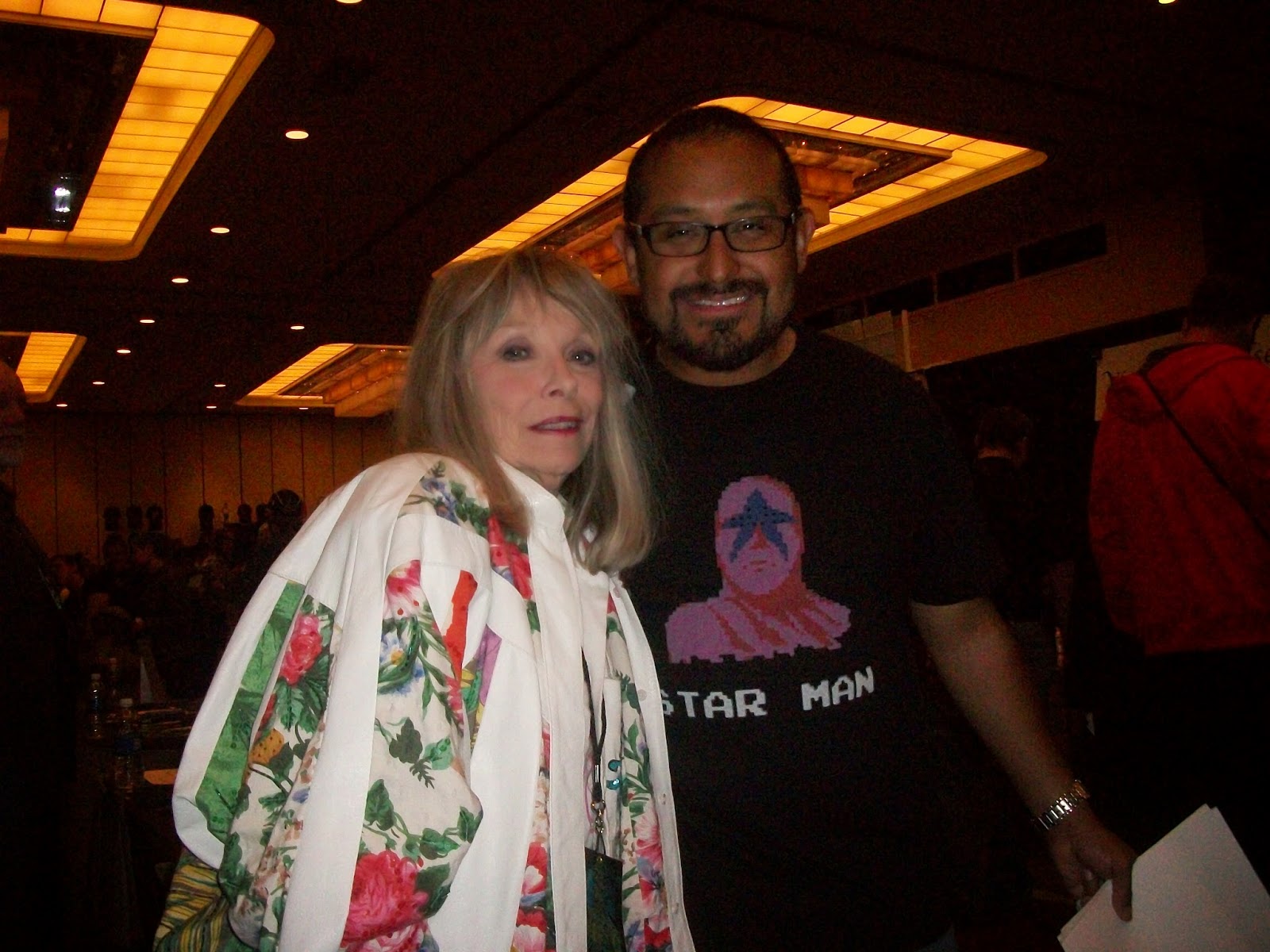 The first time I watched 'The Texas Chainsaw Massacre' was at my friends house.  Johnny and Jason Flores, two dudes who are like brothers to me, had rented it from Reno Rentals on Getty Street and took it back to watch it one afternoon.

So broad daylight outside, we're watching this movie and are absolutely terrified throughout.  There was a level of intensity that never let up in the eyes of our junior high minds.

There reached a boiling point where Sally Hardesty, played by Maryilyn Burns, was captured and forced to break bread with the family of maniacs led by the horror icon Leatherface.  The entire time she was at the table she was screaming in terror and mocked by the family.

That's when they brought out their grandfather, who seemed nothing but an exhumed corpse.  Grandpa apparently was good at killing cows, and was given the honor to try and kill Sally at the dinner table.

Screaming the entire time and being laughed at by the family, Sally Hardesty endured some of the most grueling torture I had ever seen up to that point in my life.

Me and my friends couldn't take it anymore.  We cashed out, as we saw no hope for her.  We turned it off.

Years later I would finish the movie, I think with my ex-wife.  Lo and behold, when I had turned off the movie years ago, it turns out there were only a few minutes left in the movie.

I don't think I have ever seen a truer and more intense performance in a horror movie than the atmosphere set up by Tobe Hooper and the performance of Marilyn Burns.  I told her just that when I met her at the 2013 Texas Frightmare Weekend.  I'll never forget how sweet she was, a stark contrast to the terrified Sally Hardesty I will always remember her for.

Thank you, Marilyn, for a performance I will never forget.

RIP
Posted by Bowie Ibarra at 8:07 AM