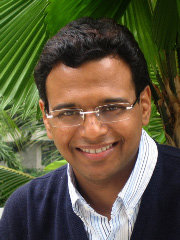 Mainak Dhar - Thanks- really glad to be here.

ZBF.com - If your Facebook page is correct, you currently reside in Thailand.  Many of my readers enjoy combat sports.  Have you ever been to one of the big Thai kickboxing arenas like the Lumpinee Thai boxing facility?

MD - Yes, am in Thailand but in the process of moving to Singapore on July 1. This is my second stint in Thailand (I lived here between 1999-2001) and I really love the people and the culture. I have seen a couple of Muay Thai fights in areans, but most of my exposure to it has been courtesy Tony Jaa’s bonecrushing badness in Ong Bak.

ZBF.com - What are your thoughts on combat sports?  Do you have any favorites, or would you rather be participating in something else. 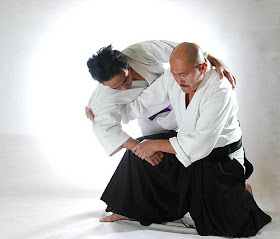 MD -  learnt Karate for 7 years as a kid, ending up with a Brown Belt, callused hands and too many bruises to remember from sparring. So combat sports and self-defence was a part of my formative years. To be honest, I don’t like watching it much as a spectator sport, but someday I hope to learn Aikido- a sport that has always fascinated me.

ZBF.com - Your Facebook page also talks about a project you are working on involving your father.  Tell us about that. 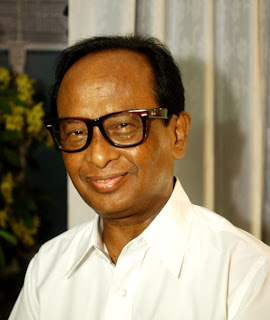 MD - My father, Maloy, passed away in May 2012. He was a prolific writer as well, and what made his story really cool was that he published his first book at the age of 59 and went on to be  the #1 bestselling non-fiction writer in India. He was an intelligence officer, and his blockbuster was a book called Open Secrets, the first time a retired intelligence officer in India wrote about the state of Indian intelligence agencies and how they are misused by politicans. Created a real controversy and earned him tons of admirers for his courage, and of course a few enemies. I want to keep his legacy alive- and the first phase is over. I have digitized Open Secrets and some more of his work, and put it up on the Kindle store to reach readers worldwide. Phase II is finishing an unfinished book he had letft on his computer.

ZBF.com - When did you become interested in writing stories?

MD - Ever since I was a kid, my dream was to be a writer. My first `published’ work was in Grade 7 when we were living in Canada. I stapled together some of my poems with solutions to the next term’s Maths textbook and sold it to my classmates at 50 cents a pop. That was the first time I got the thrill of seeing my work `published’ and I remembered a quote by Stephen King that the moment someone pays you a cent for your work you are a professional writer. So at age 12, I decided I had become a professional writer, and there’s been no looking back.

ZBF.com - What is your process when putting together a story? 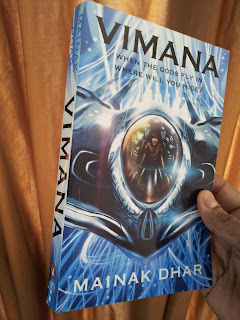 MD - It all starts with the spark for an idea. That can come in different ways- for some books (Vimana, Zombiestan), the name stuck in my mind and I began creating the story. For the Alice in Deadland story, the idea came first and the story followed. But wherever the spark comes from, I jot down the broad flow and themes in a diary I have with me (for my next book, am planning to move to the digital equivalent on my Galaxy Note). Once the broad flow make sense, I start typing. Of course, as often happens, I revisit the flow and change things as I actually start writing it down, and it is an iterative process.

ZBF.com - Tell us a little bit about your book with Zombiestan. 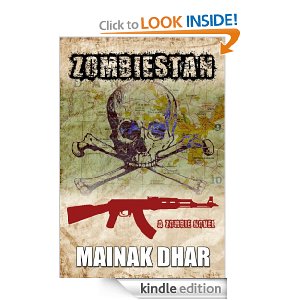 MD - Zombiestan was my first zombie novel, and my attempt was to inject something new and unique into a genre I enjoy tremendously as a reader. I believe a writer succeeds when he embraces what makes him unique v/s being another of a herd, so instead of yet another zombie apocalypse story set in the US, I set Zombiestan in the Indian subcontinent, where I am originally from. The connection to the War on Terror (the outbreak starts among Taliban exposed to bio-weapons) gives it a universal resonance, but setting it in India give the story a couple of unique areas to play with. Simple things like the higher population density and what that would mean for the speed with which the outbreak spread, the fact that personal gun ownership is almost non-existent in India, and what that would mean for those survivors trying to fight back.

ZBF.com - Though the groundwork for zombie horror was set down with a western perspective on the fictional events of a zpoc, I believe it’s very important to get global perspectives on the event as well.  I’ve recently read many great zombie stories from European writers.  What cultural perspectives about the zombie apocalypse can readers expect from your book?

MD - There are several cultural themes I explore in Zombiestan which I hope readers take away along with enjoying the action. First, the outbreak is in a way a metaphor for religious fanaticism and how those blinded by it seek to spread their message, even if it means destroying innocent lives. The key protagonists were chosen deliberately- a Christian Navy SEAL, a Hindu boy and girl, and a Muslim writer- all banding together to protect a young child who may hold the key to stopping the outbreak. That was done to show that irrespective of our religion or background, inherent goodness can unite us all when faced with evil. 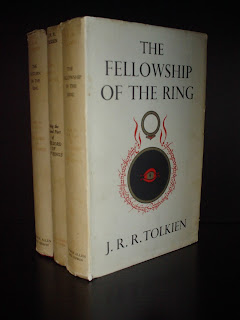 MD - My all time favorite is the Lord of the Rings trilogy because of the wonderful worlds and characters Tolkien created. I read a fair bit of sci-fi and fantasy (Larry Niven, Stephen Baxter) and of course, a healthy dose of horror (Stephen King being another favorite).
ZBF.com - What do you look for in a good zombie horror story?

MD - Believable characters (every protagonist doesn’t have to be a `Rambo’ archetype), and a twist that injects something into the genre beyond just the blood and gore. Just read a book by Thomas Brookside called De Bello Lemures, which was about Roman soldiers encountering zombies in ancient Britain and how they would interpret it, retold as a translation from a scroll. That’s what I mean by original twists on an otherwise pretty crowded genre.

ZBF.com - In a true zombie apocalypse, do you think humans from different cultures and belief systems could unite against a common goal, or will they not cooperate and, ultimately, join the zombie hordes?

MD - I hope they do, and in Zombiestan that’s what I try and portray. However, while common people will probably help each other, I hold out little hope for how our politicians and leaders will behave.

ZBF.com - Any other projects we can look forward to? 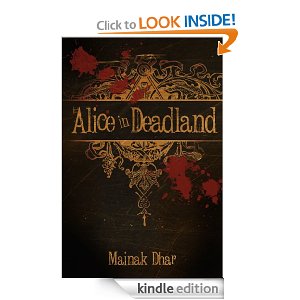 MD - Just polishing off my Alice in Deadland trilogy, which I think zombie lovers will enjoy. Book II- Through The Looking Glass, was uploaded a couple of months ago, and Off With Their Heads, the prequel to Alice in Deadland, will be ready by early July. Including Zombiestan, that would make it four zombie books on the trot for me, and I may take a break from zombies and work on a dystopian novel I’ve been thinking of for some time.

ZBF.com - Where can readers find out more about you?

MD - My personal piece of real estate on the web is at www.mainakdhar.com and I’m on Facebook and Twitter (@mainakdhar).  I occassionally write a blog at mainakdhar.blogspot.com. Always happy to meet new people and connect, and am just a click away.

ZBF.com - Thanks, Mainak.  It was great to have you visit the blog.

MD - Thanks for giving me the opportunity, and loved visitng your blog. Good luck.

Bowie Ibarra is the author of the 'Down the Road' zombie horror series from Permuted Press and Simon and Schuster.  His latest zombie book, "The Fall of Austin", was said to "...kick undead ass" by Johnathan Mayberry, New York Times bestselling author.  It is available in paperback, Kindle, and other e-reader versions.
Enjoy the blog?  Use the 'Facebook', 'Blog', or 'Twitter' button below to share with your friends.  Follow the blog as well.  I'm grateful for my fellow bloggers.

Please leave comments below with your thoughts.  I like hearing what others think.

You can network with Bowie and learn about all of his Tex-Mexploitation books at his personal website, ZombieBloodFights.com.